How Fast Do Electric Bikes Go?

How fast can my e-bike go? This is one of the most asked questions by new e-bike enthusiasts looking for their maiden e-bike experience. Given the motor-assist offered by these bikes, many people worry that the speed they generate may be too fast for their comfort.

The thing is, e-bikes come in different shapes and sizes; from the cheap e-bikes under 1000 to the high-end, expensive models. Depending on the type of e-bike you own, the top speeds will vary.

In this post, we look at the highest speed you can achieve on your newly acquired battery-powered bike. 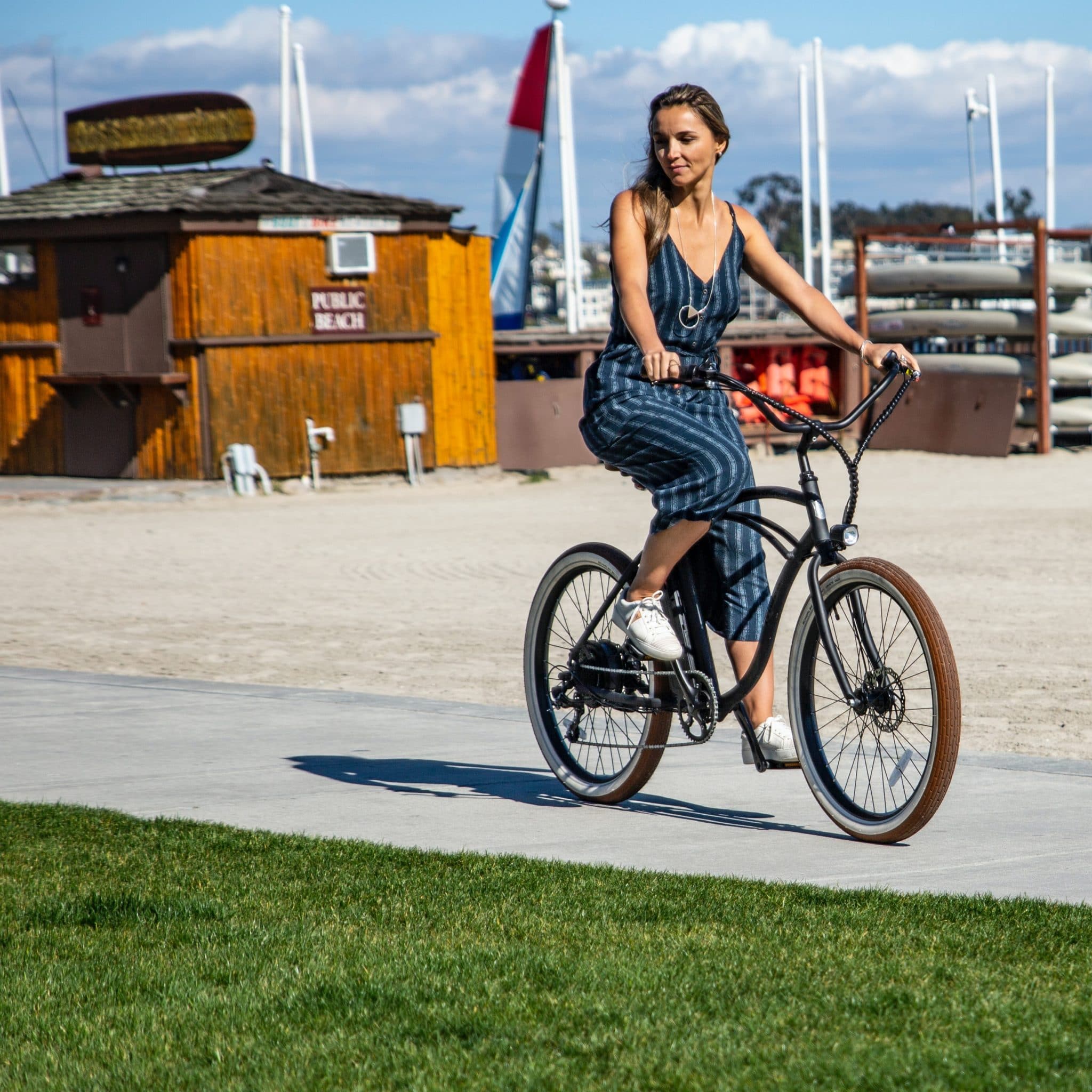 What are the Different E-bicycle Classes?

Before we answer this question, you must understand that electric bikes are classified into three different categories that will offer you different top speeds. This classification system has been adopted by different countries as a way of regulating e-bikes. The three classes include:

These types of e-bikes are the most passive. They will only assist you when you start pedaling and come with no throttle. Class 1 e-bikes have a maximum assist-speed limit of 20mph, which means the bike will automatically cut-off the support the moment you exceed 20 mph.

This class accounts for the majority of e-bikes being used today and do not require any licensing to ride. Such bikes are best suited for leisure cruising.

These bikes are popularly referred to as a “low-speed throttle-assisted electric bicycle” in the e-bike community. They either come with a twist throttle or thumb throttle and when the throttle is used; the bike can be propelled entirely without the rider pedaling- just like a motorcycle.

However, class 2 e-bikes are also limited to a maximum speed of 20mph, although you may technically be capable of exceeding the 20mph-mark. You can also do this when you turn off the motor and do all the pedaling by yourself.

These bikes are also great for leisure riding and exploring. The lower top speed will come in handy when you want to run a few errands in town or when you want to cruise around the park or to visit some sites.

Usually, the throttle is not included on e-bikes, but depending on the motor fitted on your bike, you can add the throttle. The throttle allows you to adjust the speed of the bike as you move along. You can either ride the bike at its top speed or at a slower speed without pedaling.

Commonly known as a “speed pedal-assisted electric bicycle”, these bikes are pedal-assist with no throttle but unlike class 1, they allow you to reach a top speed of 28mph when you’re pedaling. Once you exceed the 28 mph limit, the motor assistance is reduced until such time that you maintain a pace of 28mph or lower.

These bikes are normally considered to be motor vehicles and require you to have a license before riding them in public. They may also come with a speedometer. Generally, they offer a more enjoyable way of experiencing an e-bike ride as the top speed is closer to what a fit cyclist can attain on a regular bike. 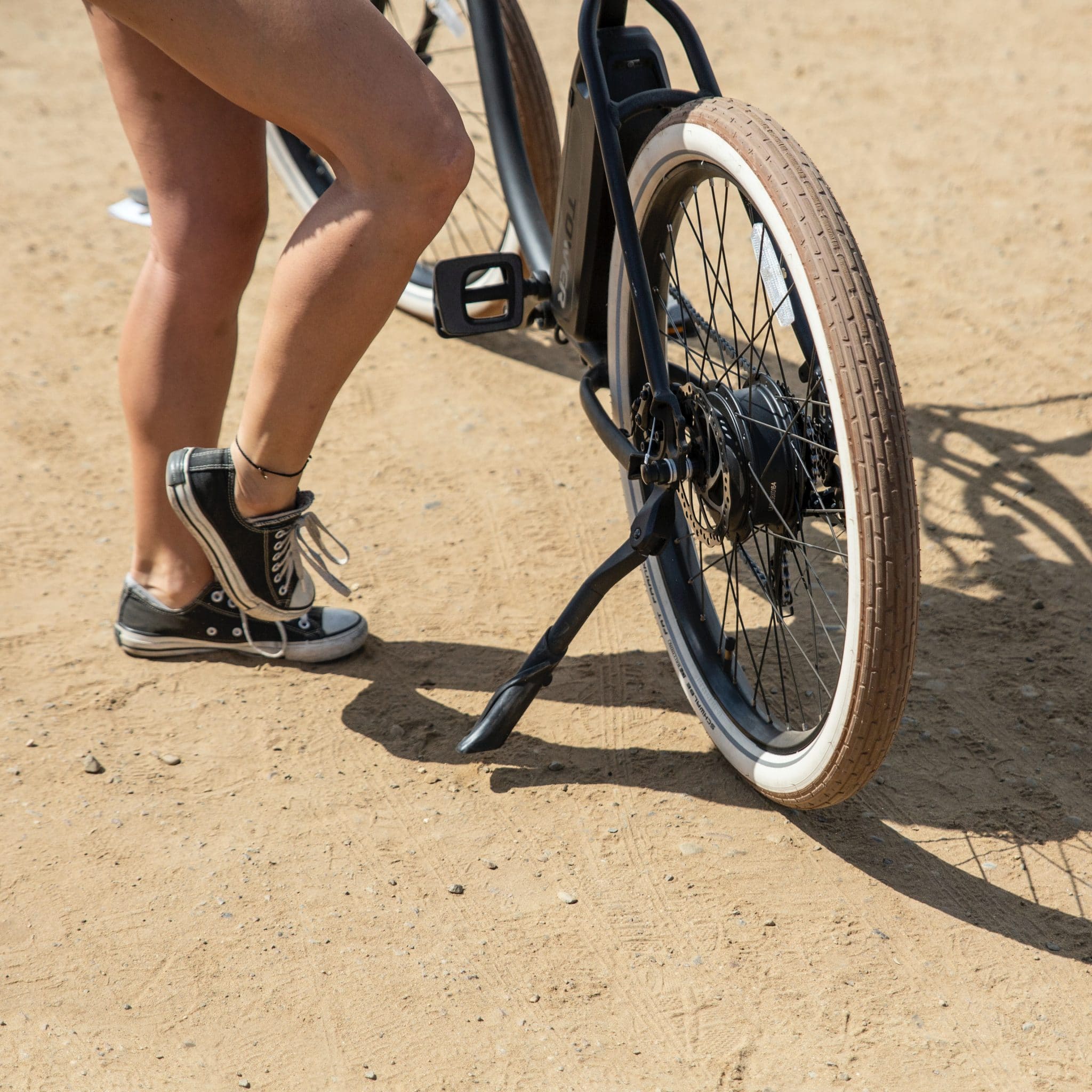 With a higher top speed, class 3 e-bikes have a greater speed range than class 2 bikes. This means you can use them for leisurely rides, as well as, those adrenaline-filled jaunts down the road when you want to feel the wind in your hair.

While the three classes above are the most commonly used e-bikes by riders, some electric bike models will actually allow you to cruise even faster. This is especially true when you’re riding the bike on a closed-circuit race track or private property where there is no policing by the authorities.

These types of e-bikes have a "Race Track Mode" that works the same way as the class 3 e-bikes but the 28mph limitation has been removed. Instead, the system’s power levels have been increased to the highest speed limit possible, allowing the e-bike to attain its true top speed.  This is the best mode to have on your electric mountain bike. to obtain top speeds. While other factors like wind and tire pressure may come into play, the final top speed will solely depend on the rider’s pedaling effort and the power available in the motor.

What Does the Law Say?

Regulations tend to mess up the fun and limit the excitement to an extend but they are needed to maintain and safeguard the welfare of the public. According to the “Consumer Product Safety Act” in the U.S. a “low-speed electric bicycle” is defined as a vehicle with fully usable pedals, with a 750W motor or below and a maximum speed of 20mph.

Therefore, an electric bike with a motor 750W or below that features a maximum speed limit of 20mph is safe and free to ride anywhere you’d ordinarily ride a regular bike.

In Europe, the regulations are a little bit different from that of the United States. Most of the European countries limit the top speed of e-bikes to 15mph. The bikes here are designed in such a way that the motor-assist cuts off as soon as the speed limit is surpassed.

However, in countries such as Denmark, the law is becoming more lenient by approving superbikes that can achieve speeds of up to 28mph. Another notable aspect in Europe is the watts limitation, which is 250W. This is quite low compared to the 750W allowed in the USA.

What Factors Affect the Top Speed of an Electric Bike?

Apart from the class of electric bike you’re riding and the top speeds it can achieve, there are several factors that will also influence the highest speed you can reach on your e-bike. Some of these include:

A fit rider who has been exercising for a while will be able to pedal harder than an out-of-shape rider. This means they will be able to accelerate much faster and reach higher top speeds, especially in e-bike models where the motor-assist provided is equal to the amount of effort you put into the pedaling.

In fact, you can surpass the highest speed limit (20mph) of the e-bike you’re riding when you decide to switch off the pedal-assist and inject the right pedaling effort!

Controller amperage refers to the amount of current that the controller can transfer to the motor. Generally, higher amperage results in greater acceleration and subsequent top speed. To successfully achieve the rated power on the motor, the current must be capable of delivering sufficient current.

While some e-bikes may be advertised as having a 750W motor, the electronics may not actually be able to deliver the current needed for the motor to produce the 750W performance.

A higher motor power on an e-bike provides a greater torque to let you reach and maintain higher speeds. This comes in handy when you’re riding on hilly terrain that requires more motor assistance to scale the slope.

This is why e-bikes with a motor exceeding the usual 750W are classified as “off-road vehicles” similar to gas-powered bikes and can achieve top speeds that are legally not permitted on public roads.

This refers to the outer diameter on the bike’s tire. Bicycles are usually classified by the size of the tire, i.e. 20”, 26”, and 28” wheels, also known as 700c. However, there are fat tire electric bikes available, which make quick work of tricky terrain with uneven surfaces.

The nature of the terrain you’re riding the e-bike on will also affect the level of top speeds you’re able to reach. Obviously, you will go much faster on flat and smooth tarmac roads than on rough backcountry roads. The same is true when you’re going downslope with the action of gravity propelling you than when you’re scaling a slope with gravity working against you.

So How Fast are Electric Bikes? 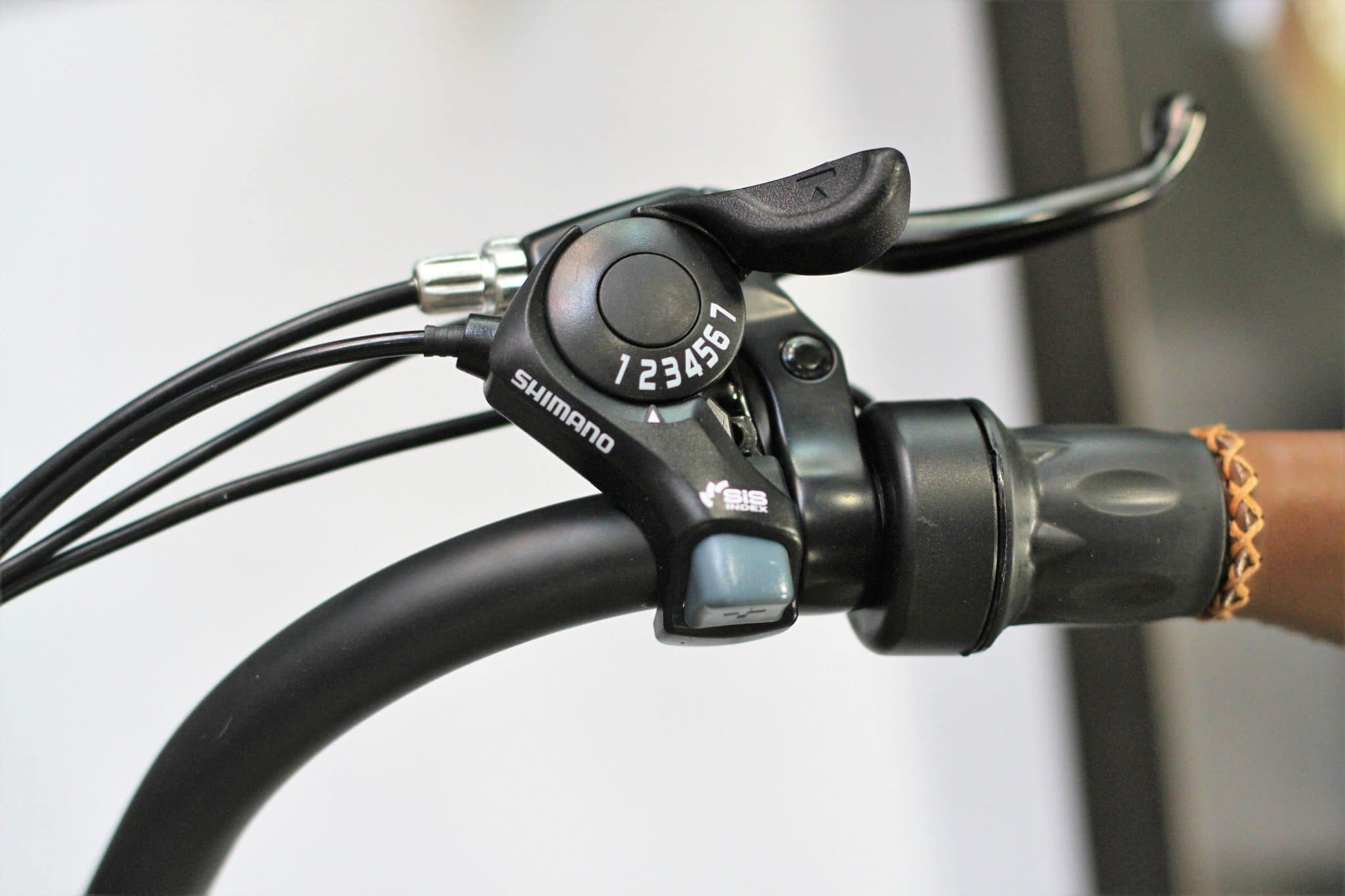 In summary, governments around the world have restricted the top speed you can achieve on your electric bike to between 20 mph and 28mph. Essentially, these are the highest speeds that the pedal-assist will allow you to achieve.

However, you can ride even faster by pedaling as hard as you possibly can without the motor assist. Also, with the relevant modifications, you can even get your e-bike to speeds of up to 40mph, however, you won’t be able to ride it on a public road.

What is the Top Speed of an E-Bike?

Legally, the top speed of an electric bike is 20-28mph! However, these are not the true top speeds that e-bikes can achieve. Some bikes will get you to speeds of almost 40mph with some modifications to the electrical components of the bike.

A 1000W motor is quite powerful and comes with huge torque. If you’re biking on a flat road with few impediments, a 1000W e-bike can go up to 32mph. However, you can go even faster with the relevant gear shifts; as fast as 40mph!

750W is the normal motor power limit for e-bikes allowed by most countries. This means such a bike will attain a top speed of between the speed of 20 and 28mph, depending on the class of e-bike you’re using.

How to Make an Electric Bike Go Faster

There are various ways you can get your e -bike to move faster. Firstly, you can make sure that your battery stays charged up. Higher voltages allow you to inherently ride faster. Alternatively, you can upgrade to a higher voltage battery, with the concept of “higher=higher speeds” in mind.

Another way is to use smoother tires that are sufficiently pumped on your e-bike, these provide less friction on the road. You can also hack your bike to remove speed restrictions such as altering the settings in the bike’s display to show that is has a smaller wheel size.

Despite their speed restrictions, e-bikes can comfortably get you to high velocities that speed freaks will appreciate. Whether you’re okay with a smooth and laid-back cruise down the road or you need to blast your way as fast as possible, remember to be mindful of your safety, and that of others!

How do electric bikes work?

How Much Does An Electric Bike Weigh?

The Future of Electric Unicycles – A Fad Here to Stay?