How Long Do eBike Batteries Last? (eBike Battery Maintenance In 2022)

Maybe you’re in the market for a new battery or just want to know the product you already have a bit better. Perhaps you want to convert your traditional bike into an electric one, and you’re just doing proper research.

Whatever the case, to answer the question of how long do eBike batteries last, we need to consider a couple of things - maintenance, weather, and what the battery is made of, to name a few.

That’s why today, we’ll be going over all of the information you need to know to determine how long your battery will work for you. 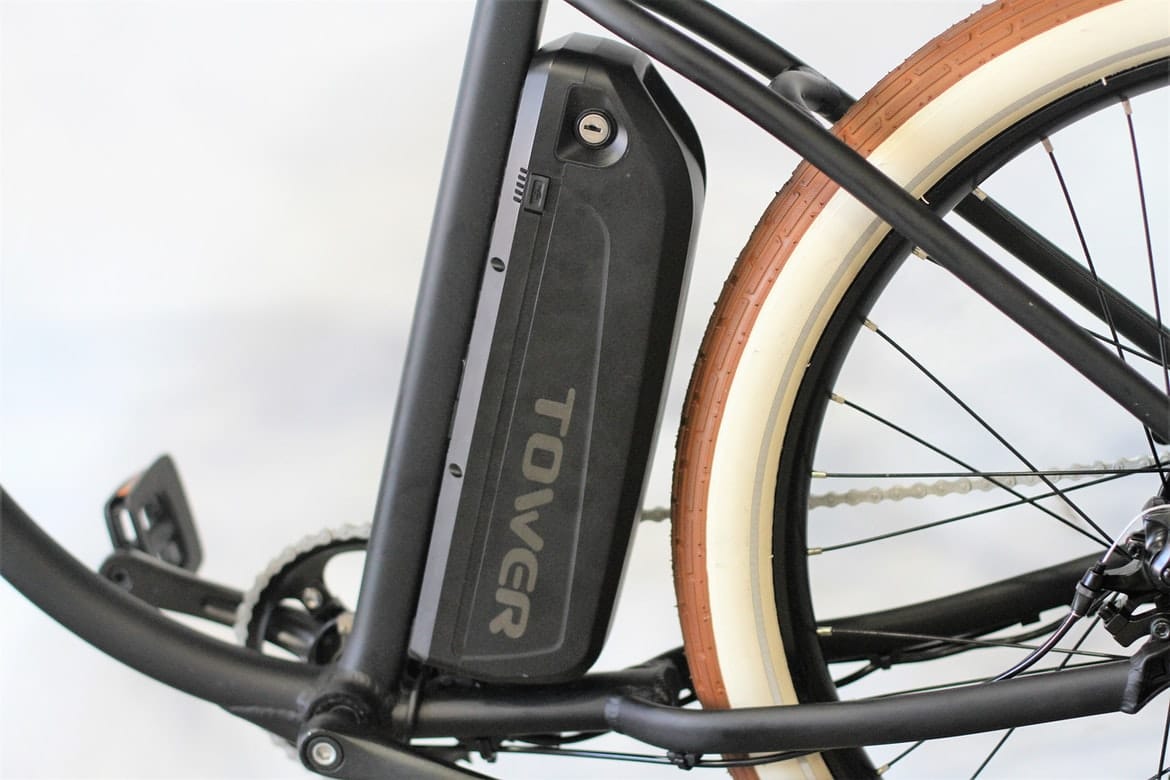 How Long Do eBike Batteries Last On Average?

There’s no single answer you can find that will be accurate for you - and everyone else.

The reason for this is simple:

Everyone has different needs - and because of that, the amount of time you will be on the road will differ from person to person.

Thinking about a battery’s lifespan in terms of time - days, months, years - simply doesn’t work. There are other ways to go about battery life, though. The information is there; you just need to know what to do with it.

When looking at an eBike’s battery specs, you’ll run into something called a “charge cycle.” Simply put, that’s how you get to figure out how long a battery is going to last - by the number of charge cycles it can go through.

Now, that’s not an instruction on how to handle your battery. In other words, just because a battery’s life is measured in charge cycles - going from 100% to 0% - it doesn’t mean that you should always drain your battery completely and then recharge it again.

That’s actually the opposite of what you ought to do.

Instead, it’s better to get used to working with “half cycles.” And half cycles are also pretty easy to understand:

As you can imagine, two half-cycles will count as one “normal” cycle. Or you could work with 30% or 40% increments; it’s the same thing.

See where this is going?

If a battery’s specifications say something like “800 charge cycles,” it means you can effectively get it up to 1600 half cycles of 50% before it becomes unreliable.

The number of charge cycles any battery has will be determined mainly by what it’s made of, which is our next point:

You’ll be running into three main kinds of batteries on the market - lead, nickel, and lithium.

Considering the price of an e-bike battery, it’s better to make a wise, long-term investment here.

Speaking of prices, let’s get into the next part of today’s topic.

How Much Does An E-Bike Battery Cost?

For a quality eBike battery from which you can expect years of reliable performance, you’ll be looking at a $500 - to nearly $1000 - investment.

It’s not pocket change, that’s for sure. But when considering real long-term benefits, it’s worth the price.

For further information on eBike battery models, brands and prices, take a look at our article here. 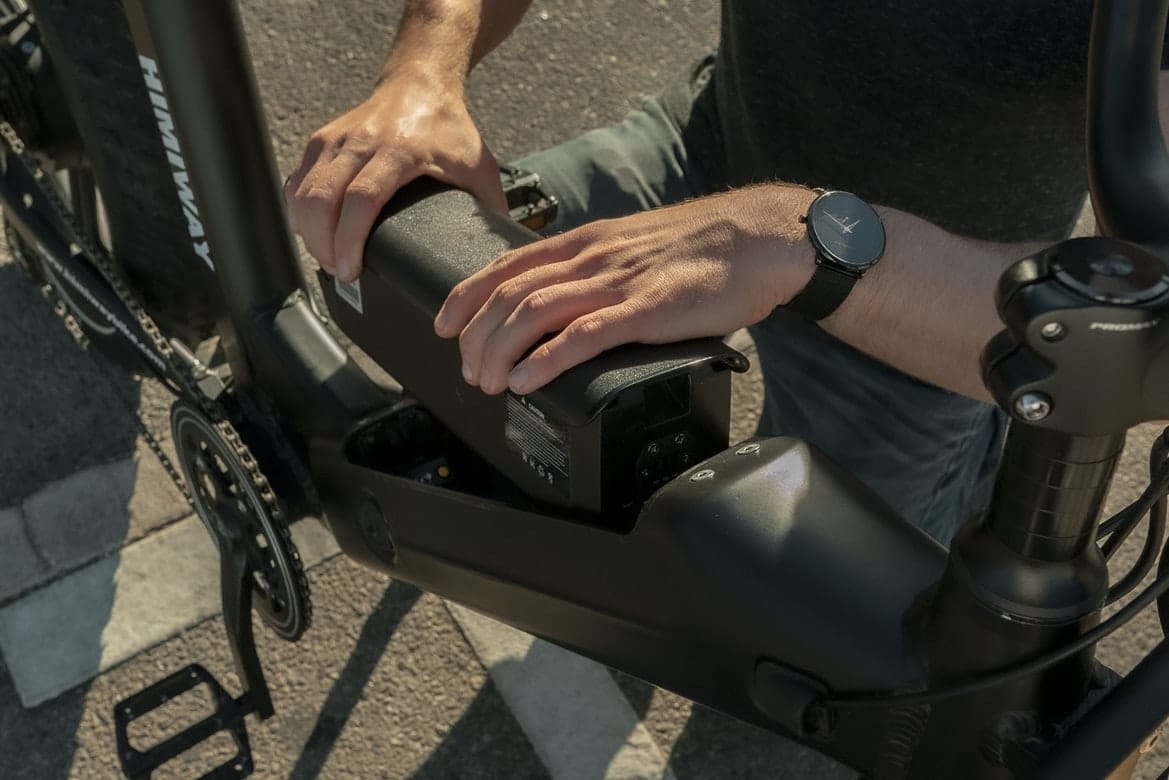 How To Make An E-Bike Battery Last Longer?

There’s a bunch of things you can do every day to improve your e-bike battery’s lifespan; here are a few suggestions.

Avoid elevated and below-zero temperatures. It may seem to be out of your control, right? You’ll be riding during the year, and temperatures outside are going to range from extremely hot to cold at some point.

That’s not the problem, though.

What you should avoid is leaving your battery in the sun when you’re not planning on going anywhere soon. Don’t leave them in hot cars, either, or backpacks left in direct sunlight.

While prolonged exposure to heat can be detrimental to a battery’s lifespan, leaving it in extreme cold is another thing to avoid. This temperature issue is easy to work with, though.

If you park your bike in a garage where the temperature could drop below 0 overnight, just take the battery with you. Once you need to go somewhere, put it back. Then, just give the battery some time to heat up, and you’re good to go!

As long as it heats up properly in the cold weather, you won’t have problems while riding.

Most modern electric bikes come with lithium batteries - and the harsh temperatures during the year can affect how well they perform. 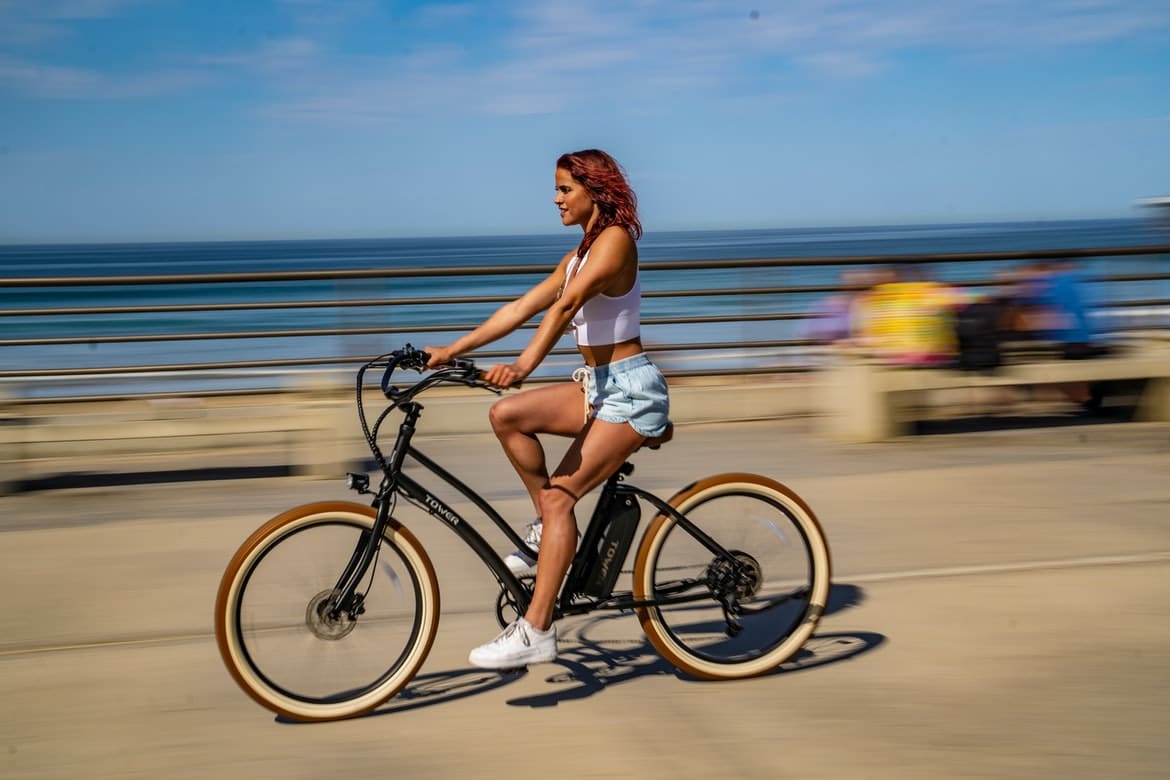 Don’t Use It Right After Charging

You’ve probably already noticed that batteries heat up when charging. As we’ve already stated, excessive heat isn’t good for them.

Because of this, to avoid unnecessary damage, give your battery some time to cool off for a bit after charging.

If you store a lithium battery for a while after charging, it will start to deplete itself, slowly - even if you’re not using it. That’s especially crucial to keep in mind when storing the battery away.

Some folks don’t like to ride during winter, so they leave their bike for a few months. Or maybe you’re just going away for a while.

Either way, here’s what you can do to provide ideal storage conditions for your battery.

You might think it’s best to drain the battery fully and leave it at that. Then, when you come back, charge it up, and you’d be ready to go.

However, that's not something you should do. And yes, leaving it fully charged would do more harm than good, too.

Instead, store it away when it has reached about half of its capacity. That is more of a rough guideline rather than a strict rule to follow, meaning that anything from 35-40% up to 70- 80% is excellent.

Aim for the golden middle:

Not full - but not empty, either.

Use The Charger That Came With The E-Bike

Even when charging your phone on a new charger after your old one dies, you may have run into a notification saying something along the lines of: “Please use the charger that came with your phone.”

While that’s something you can’t control all the time, the warning is there for a reason.

Chargers that come with our electronic devices are essentially tailor-made for them. Using a different one could, in some cases, cause a device to malfunction. It can lead to a short-circuit or, even worse - fire hazards.

Using original chargers made for a specific device or appliance helps prevent overcharging or short-circuits from coming up - meaning, it protects your battery.

Put Your Legs To Work

The lighter you go on your bike’s battery, the longer it will stay with you. Electric bikes work just fine without using the battery, you know?

Don’t rely on it for each and every short trip around the neighborhood. Your battery will thank you - and you’ll develop some nice muscles along the way. It’s a win-win!

Battery problems with e-bikes are something every owner deals with; it’s part of owning an e-bike. Even if it’s way past its prime and the warranty long expired, getting a new one can be hard to deal with, though.

Hopefully, this helped you understand all the different factors influencing how long do eBike batteries last - and what you can do to prolong their performance.

Which of these tips have you found the most useful? Let us know!

Dejan is a tech enthusiast and a big bike lover. Since college days when he was constantly on the move, everything was done with one thing in mind - get an e-bike. Now with the dream finally realized, he's reviewing e-bikes and providing advice to all fellow e-bikers out there.

Road E-Bike Bike Vs. Mountain E-Bike – Which One Should You Choose?

How to buy an Electric Bicycle? Here’s Everything You Need to Know

Top 10 Disadvantages of Fat Electric Bikes You Should Know!