How Old Do Kids Need To Be To Ride An Electric Bike?

In this day and age, it’s perfectly normal to wish for a more eco-friendly world. People have been trying to reduce gas usage for a long time, and electric bikes have been of great help. If you’re an e-bike enthusiast yourself, and you’ve already got your transport method covered, you might be wondering whether now’s the right time to buy an electric bike for your kids.

If you’re interested in advice and regulations when it comes to children and electric bikes, don’t worry - we’ve got you covered. Obviously, some things aren’t recommended, such as very powerful bikes and mountain bikes, but you can still help your kids learn how to ride a bike under your supervision, right?

What Is An Electric Bike Exactly?

Electric bikes are similar to motorized bicycles, which is comforting for those who struggle to adapt to new things. Although they look similar, the electric variant has much greater capabilities. It has an electric motor that assists you while you’re riding. This motor is activated via light pedaling or a throttle situated on the handlebar.

If you’re wondering what specifications you need to pay attention to, we’ve already covered the topic in our guide on how to buy an electric bike. We understand how overwhelming it can be to look into all of these features and numbers, so we made the process quite simple.

Are Electric Bikes A Good Choice?

It’s quite often that people still wonder whether mechanical bikes are a better choice for their children. They sometimes seem like a safer option since they’ve been around for a long time, but we assure you that they aren’t any safer than e-bikes. However, there are many safety features that you can look into, and you don’t need to be worried about the price tag of these since electric bikes come in all price ranges!

These bikes won’t be much pricier than a regular bike. Of course, you can choose some pretty premium models, too, but since they have been on the market for a while now, e-bikes aren’t a luxurious choice anymore. That’s why we advise people to get e-bikes since you can use an electric bike like you would use a mechanical one, but you cannot say the same mechanism works vice versa. 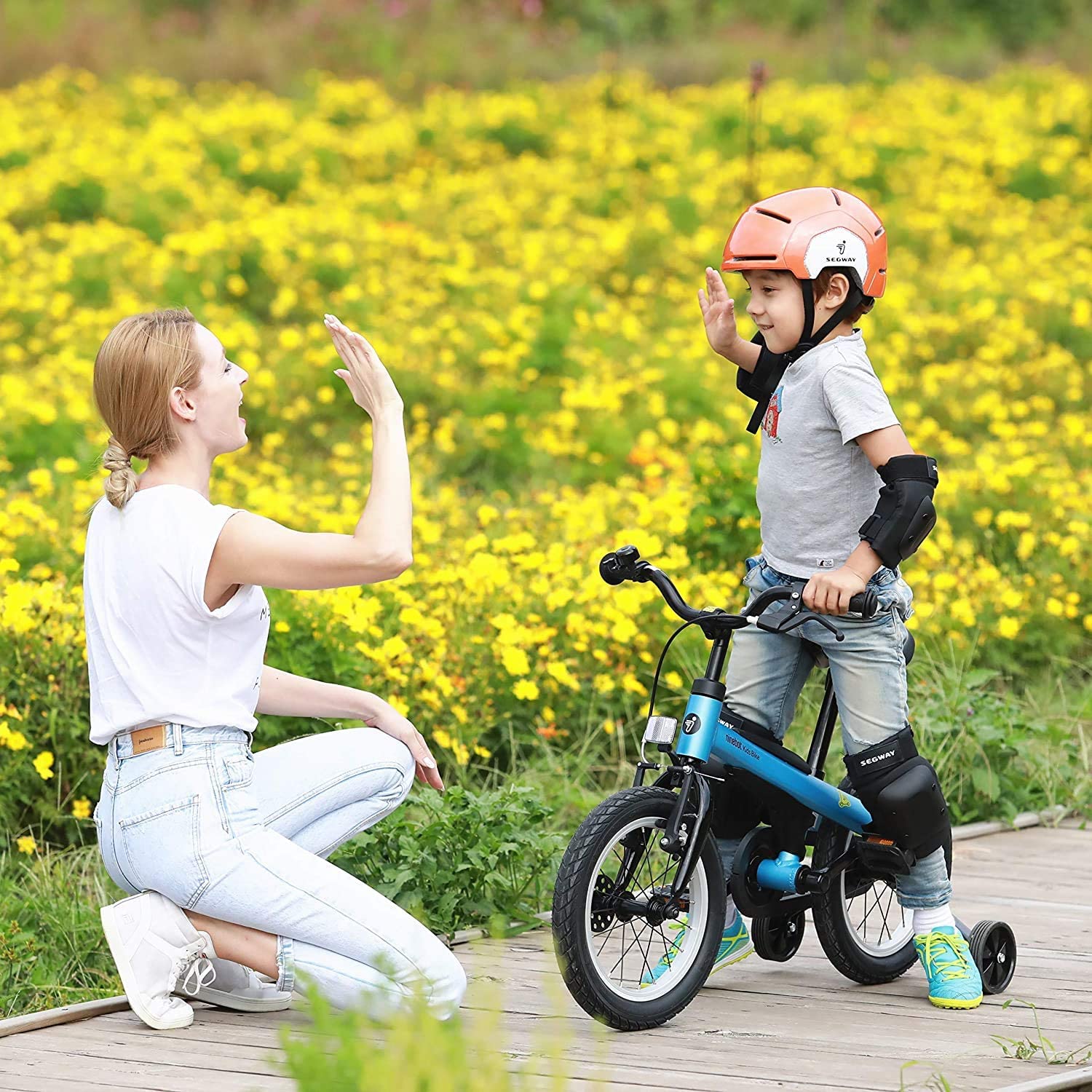 How Old Can My Kid Be To Ride An E-Bike?

When we buy electric bikes for our kids, we’re usually worried about the safety features and how complicated the process will be. We want them to feel safe while they’re riding the bike, and we also want to make sure that we’re not doing anything illegal or out of the norm. Did you know that every state in America has its electric bike guidelines covering what’s okay and what isn’t?

The general advice is that your kid should be at least 14 to ride an e-bike. In some countries, this age might be 15, while in others, it is 16 or 13. We advise that you check the country’s regulations and consult your local authorities to check whether there have been any important updates to the law. The age of  16 has been advised by the American Academy of Pediatrics.

Since some bikes reach only 25 kilometers per hour (equivalent to 15 miles per hour), and others utilize a higher speed of up to 45 kilometers per hour (which is about 27 miles per hour), you have to be very careful. In addition, you have to worry both about the child’s safety and the local guidelines! Are you familiar with the three bike classes that American states categorize bikes in?

Class 1 bikes use pedal-activated motor assistance and usually reach a speed of 20 miles per hour only. Class 2 bikes can reach the same speed, but the motor is activated by a throttle on the bike’s handlebar. Class 3 bikes are generally speedier and ride at around 25 or 28 miles per hour, and the motor is invoked by pedaling. Unfortunately, some countries don’t even allow the usage of class 3 bikes!

What Type Of Electric Bike Should I Buy For My Child?

Even if your child falls into the “legal category”, many questions are still to be answered. For example, should you get them a conventional electric bike, or should you buy something else? There have been many different discussions on the topic, and we want to talk about a few different bike categories that are worth looking into a little more.

You can’t go wrong with a classic. These are both easiest to find in the store, and they tend to be the most affordable options. Make sure that you talk to your kid before you buy an electric bike, as you want to know their preferences too. These bikes are ideal for rides around the town and the park and rides to school. 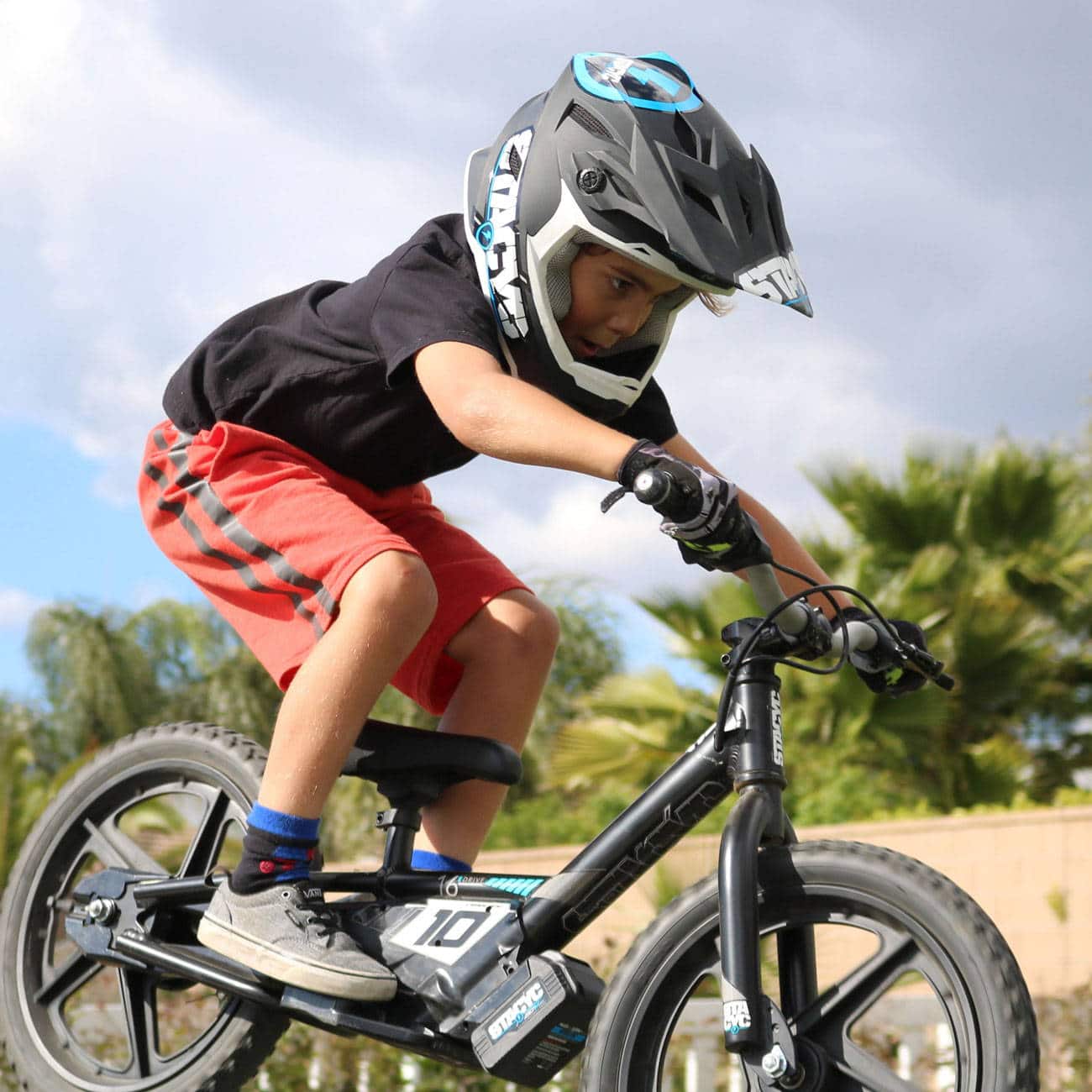 If you’re looking for something stylish yet stealthy, you might want to check out our list of best mini electric bikes. They’re great for casual cruising, mountain biking, and off-terain usage. However, you still have to be very careful when checking the specs, as you want to make sure they fit your kid’s wants and needs. Nevertheless, mini bikes are practical and easy to transport, making them a great companion for young adults.

If your kid wants to be adventurous, you might want to get them a special electric bike. Check out our list of electric dirt bikes for off-terain fun if they’re interested in more than just daily commutes to school. These bikes are made to withstand much greater impact and rougher use, making them a better choice for naughty and adventurous young spirits! 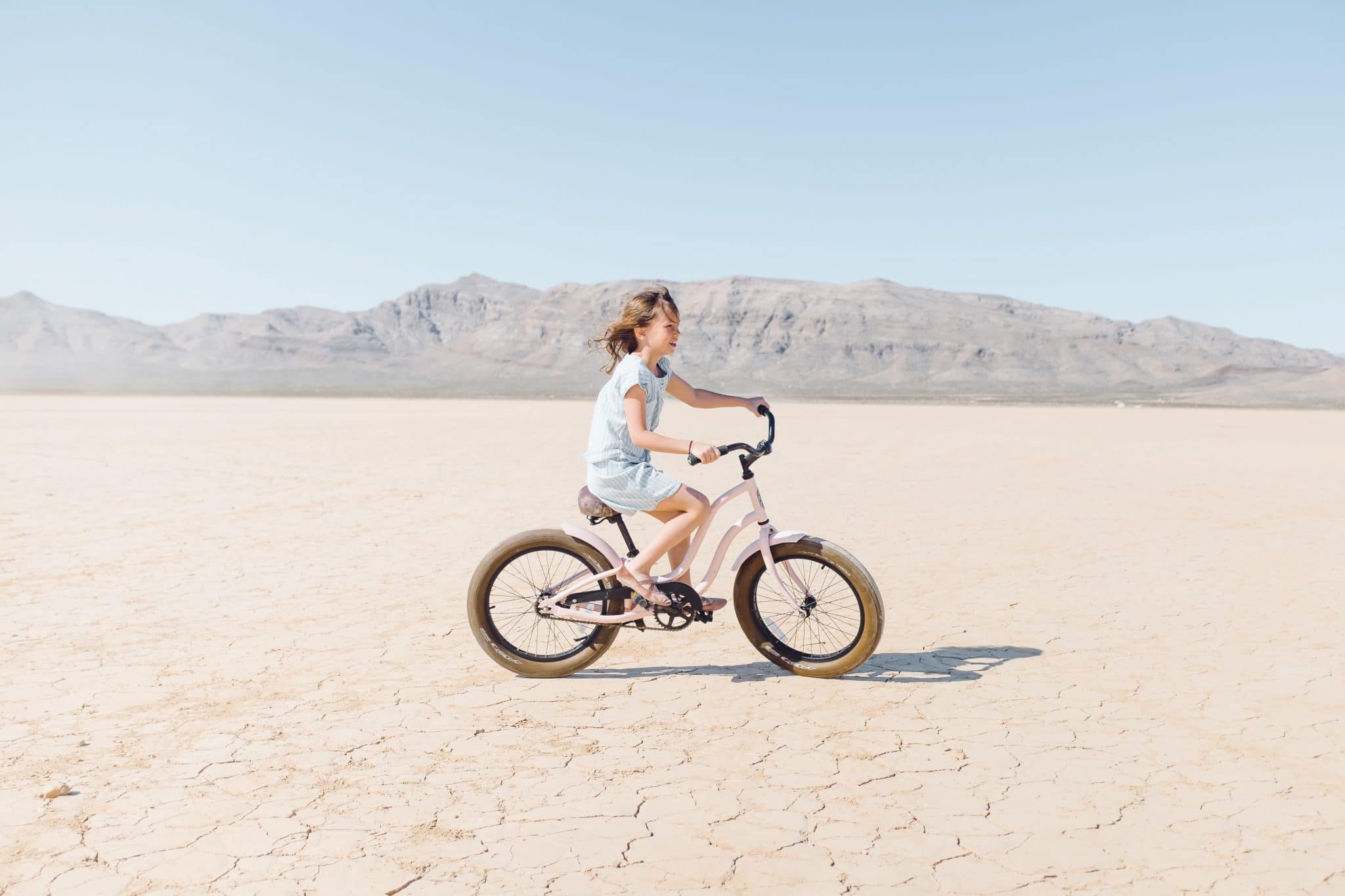 If we haven’t convinced you to get your kid an electric bike or if the general guidelines suggest you wait a little longer to make the process safer for the child, you can always get the Shotgun PRO seat for kids. It’s a great addition to your bike and helps your kid feel included! It’s also a phenomenal way to help your kid overcome the initial fear of fast movement and gain a feeling of safety when they’re carefully handling their bike.

Electric Bike Service – How do I service my e-bike?

How to Buy A Used Electric Bike