Electric bikes have been around for years now, but they’ve been getting quite popular nowadays since their prices have dropped significantly since they arrived on the market. However, they’re a relatively new trend, which means that the law isn’t fully prepared to handle electric bike drivers - make sure to protect yourself by remaining informed.

How does the state of Arizona declares what an electric bike is.

Arizona declares electric bikes simply - if you have a bicycle (or a tricycle) that has pedals and an electric motor that remains below 750W, as well as 20 miles per hour, that’s an electric bike. These bikes need to follow the guidelines that traditional, mechanical bikes do.

There are three classes of bikes: 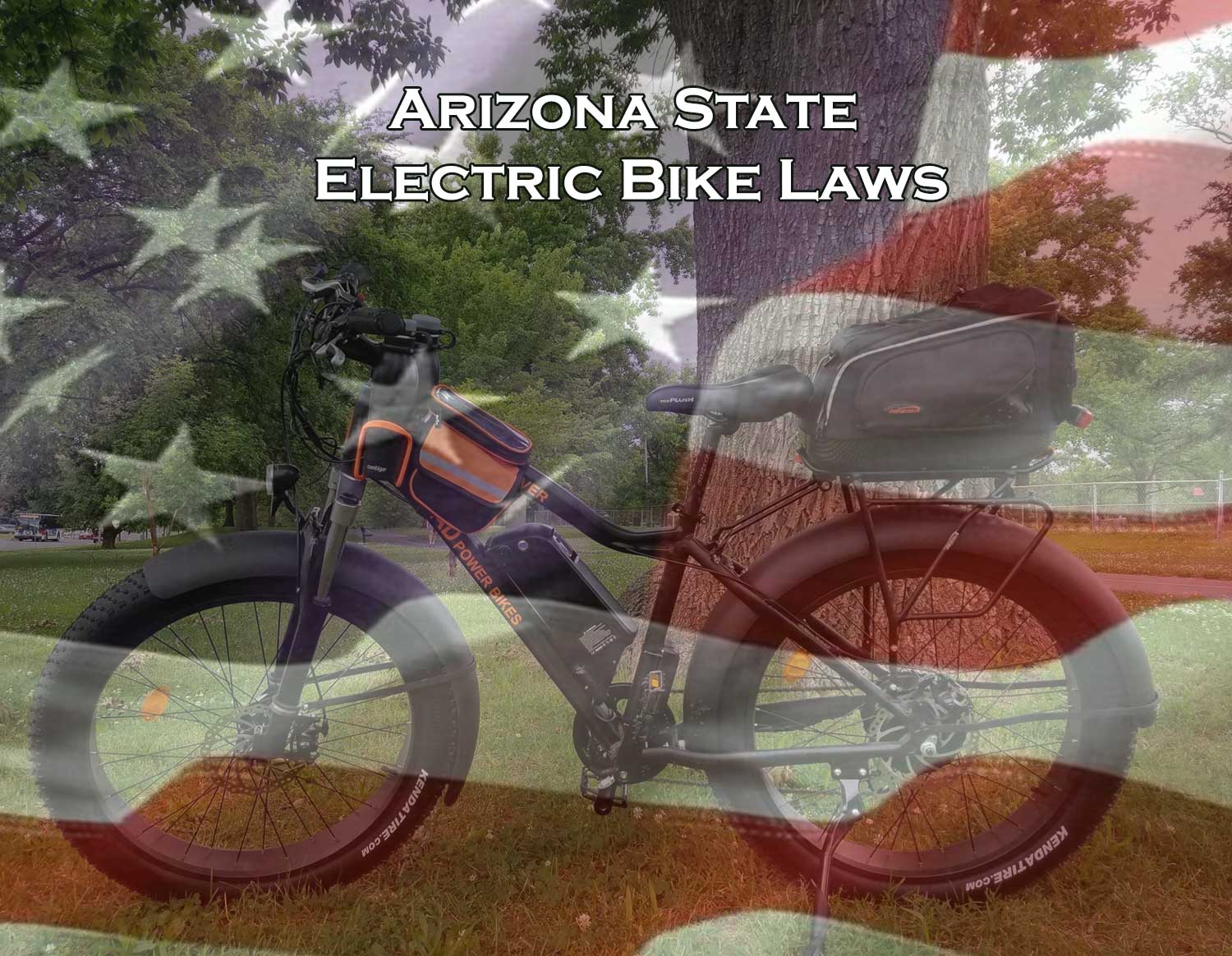 How powerful can my bike be? Unfortunately, the upper limit you can reach is about 750 Watts when it comes to motor power, and you are not allowed to make changes to the bike to make it “more powerful.”

Do I need a license or insurance? Arizona has issued you don’t need to get a license or a registration for your bike, but you need to carry your identification with you at all times, and if you ride at a speed larger than 25 miles per hour, you need a class M license as well.

Do I need to wear a helmet? Unfortunately, this state does not have any helmet laws, but it’s smart to wear them.

Are there age restrictions to look out for? None, but obviously, very young kids might get interrupted by a local policeman.

Can I ride on the road? Electric bikes are allowed to ride in bike lanes and on bike paths. However, those that ride at a speed larger than 20 miles per hour but smaller than 25 miles per hour need to be registered as a moped if you want to use them on roadways!

Do bike riders need to obey all the traffic signs? Especially on official roads.

What about electric mountain bikes? These regulations vary heavily on the geographical location, but you’ll usually have no access to trails for non-motorized activities, and you should use riding trails instead.

If you have an electric bike, we assure you that obeying the general guidelines and using common sense seems to be more than enough for a great riding experience. Have fun!

Fastest Electric Bike: We Review the Fastest E-Bikes for 2022

Folding Electric Bikes: We review the best foldable e-bikes for 2022