Although we all know fun things go down in Florida, electric bike enthusiasts still have to follow the Florida state electric bike laws. Unfortunately, in many American states, the rules regarding electric bikes differ heavily - this is still a grey area in the law, and you have to be careful to comply with the local authorities.

How does the state of Florida declares what an electric bike is.

Each state defines an electric bike, which correlates to the maximum power and speed they allow. For example, the Florida state definition of an e-bike talks about a bicycle or a tricycle with pedals, a seat, or possibly a saddle, as well as an electric motor that needs to be under 750 W of power. 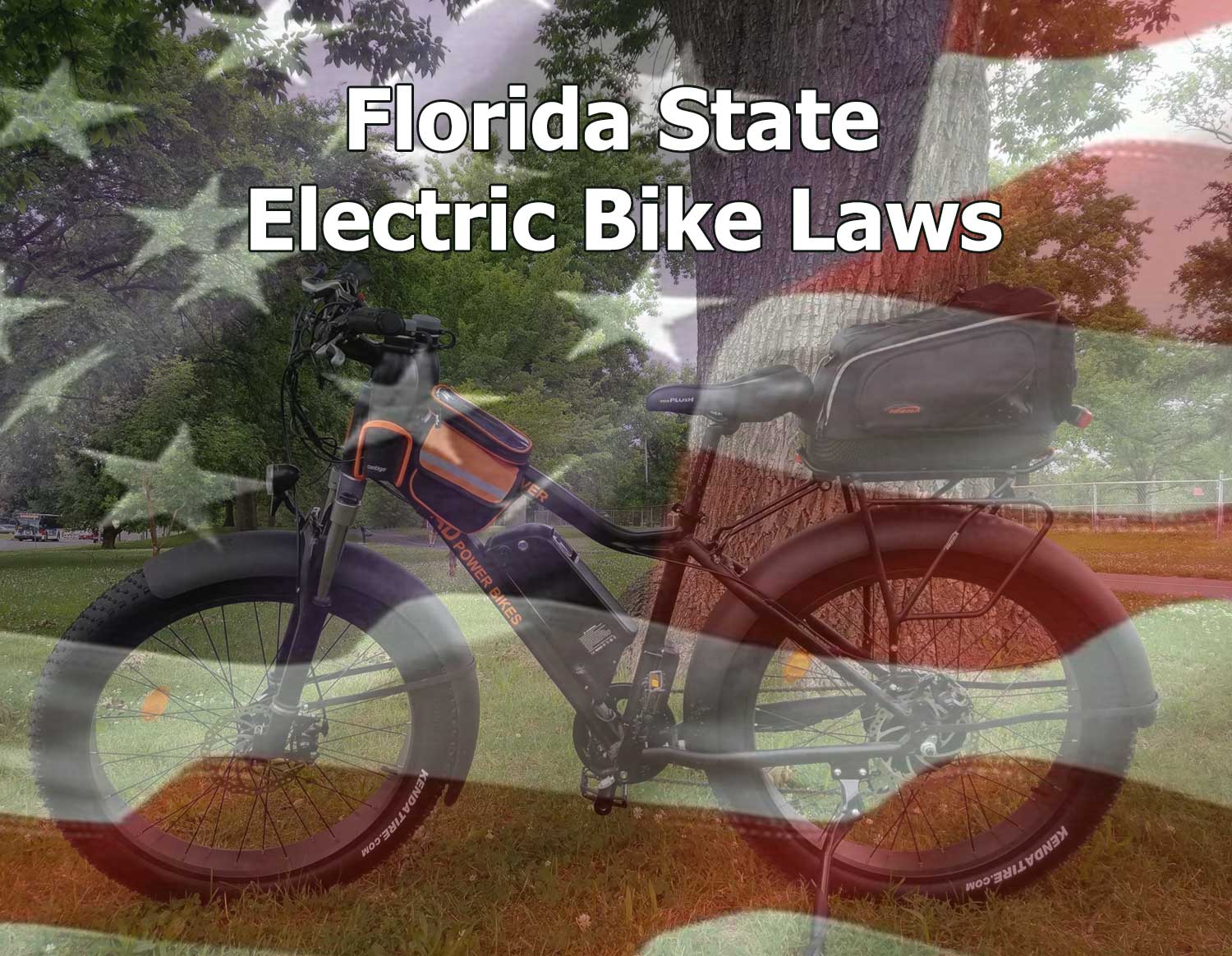 How powerful can my bike be? The maximum motor power you can have is 750 W.

Do I need a license or insurance? Electric bikes don’t need to be licensed or registered. According to the Florida state electric bike laws, you don’t need special papers for the bike.

Do I need to wear a helmet? In Florida, you have to wear a helmet only if you’re under 16, but it is still advised you wear one even if you are older. It’s a personal safety caution.

Are there age restrictions to look out for? You have to be older than the age of 16 to ride an e-bike in this state.

Can I ride on the road? Electric bikes can be used on roadways, but you have to stay in the right lane. Also, you have to stay away from sidewalks and bike paths if you plan on using motor assistance.

Can I modify my bike? Of course, you can modify the bike when it comes to aesthetics, but you shouldn’t tamper with the speed or the motor specifications to go over the speed and power limits.

Are there any forbidden stunts? You have to be very careful when motor assistance near pedestrians. This can be quite problematic in some areas of the state, as local authorities might intervene.

What about mountain bikes? We suggest you only bike on authorized trails, although any natural surface trail open to non-motorized uses should be fine. Class 1 bikes are allowed where traditional bikes belong, but some parks might have rules against motorized vehicles.

When it comes to Florida state electric bike laws, it’s important to consult the local authorities when you’re in doubt since things can differ from district to district.