Electric bikes are one of the best inventions of the last few decades – they provide a method of transport, they're affordable and very environment-friendly. However, it's important to keep in mind that electric bikes are subject to regulations as well, and each state in America has different rules. Today we discuss North Dakota state electric bike laws.

How does the state of North Dakota declares what an electric bike is.

North Dakota defines an electric bicycle as a bike propelled by the person riding, and there have to be two wheels or two parallel ones and a single on the front/back. This might sound like a complicated definition, but it covers electric bikes as well.

They are essentially motorized bicycles, which means that they are subject to motor vehicle laws in certain categories, especially when it comes to documentation. 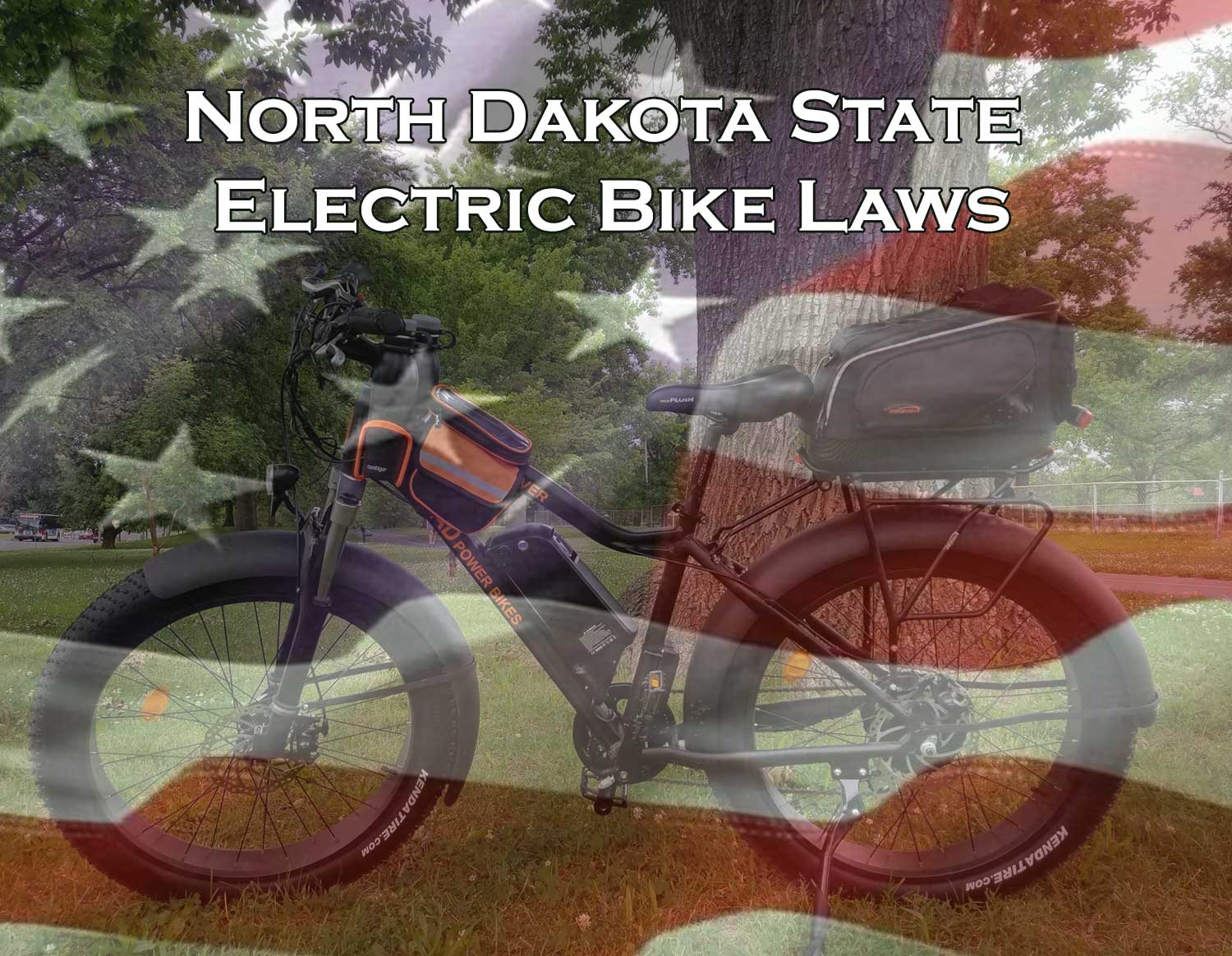 How powerful can my bike be? Your electric bike should not exceed 500 Watts of power when it comes to the motor, and you should keep your speed under 30 miles per hour too.

Do I need a license or insurance? You won't need to have a registration, but unlike many other states, the state of North Dakota requires a valid driver's license even for electric bicycles.

Are there age restrictions to look out for? If you want to ride an electric bike, you need to be at least 14 years old. However, as you need to have a valid driver's license, this guideline has to be taken with a grain of salt.

Can I ride on the road? You can ride an electric bike on public highways, but also on roadways, bike lanes, and bike paths (most bike paths – make sure to contact your local authorities). You should steer away from sidewalks, though, as those seem to be dangerous because of pedestrians.

Do bike riders need to obey all the traffic signs? It is advised you follow traffic signs, especially those made for bicycles. If you don't, you might not be caught by a local policeman, but you might endanger yourself in traffic.

Electric bicycles are a great upgrade for those who enjoy traditional bicycles but want a more powerful machine. We advise you that you always contact the local police department for more up-to-date information, as well as new regulations that might take place.