Electric bicycles are an outstanding choice for those who want a more sustainable and eco-friendly way of traveling. However, if you plan on using electric bikes, you want to make sure you know as much of the general guidelines as possible. While discussing Ohio state electric bike laws, you’ll see how much of a grey area electric bikes remain nowadays.

How does the state of Ohio declares what an electric bike is.

The state of Ohio, just like most states in the United States of America, has its definition of an electric bike. According to the Ohio state definition of an e-bike, electric bicycles have a power output that shouldn’t exceed 745 W. Their usual maximum speed is 20 miles per hour. They need to have fully operable pedals as well. 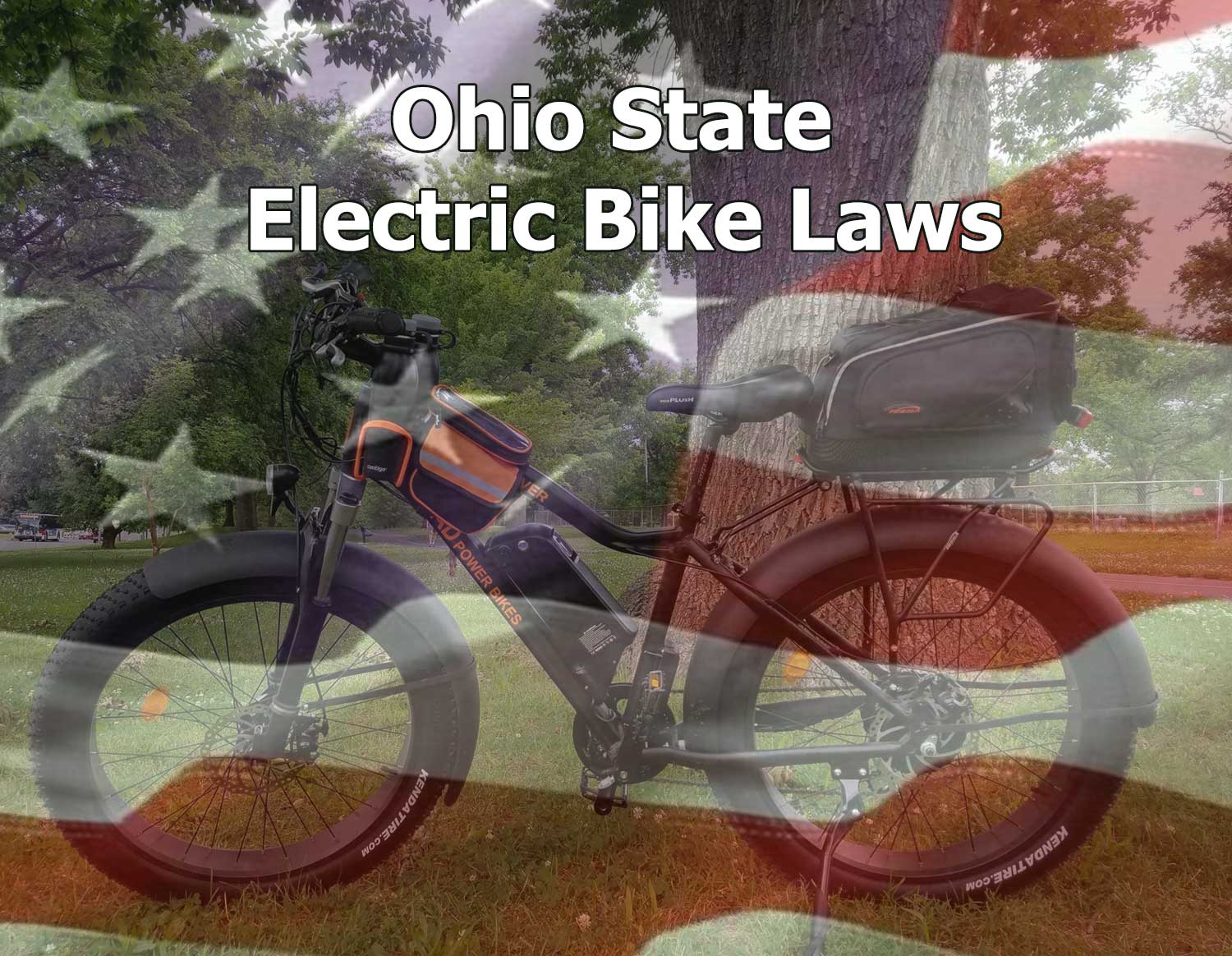 How powerful can my bike be? Your bike should never exceed 745 W of power, and when it comes to speed, the info is conflicting - class 3 bikes can reach a speed higher than the one Ohio classifies as a limit, which is 20 miles per hour. We suggest you consult the locals to get more info on whether it’s legal in your district.

Do I need a license or insurance? In Ohio, electric bicycles don’t need proper registration, licensing, or insurance.

Can I ride on the road? You cannot use your electric bike on a sidewalk, but you can use them on bike paths if the local government hasn’t concluded otherwise.

Can I modify my bike? You can modify it visually, but you cannot go over the previously discussed power and speed limit.

Are there any forbidden stunts? You have to stay away from pedestrians when using power assistance. This is often a police matter, especially if pedestrians report you.

What about mountain bikes? Mountain bikes shouldn’t be used where the rules are unclear. The Ohio Divison of Parks & Recreation doesn’t support the usage of electric mountain bikes on division trails, but you can use bikes on most motorized trails.

As you can see, not only has each state developed a specific set of guidelines for themselves, but districts within states - they sometimes have their own rules, so it’s best to consult the authorities when it comes to the Ohio state electric bike laws.