Although they used to be luxurious gifts bought with credit cards, electric bikes became more affordable in the past few years. They're a great investment both for adults and teenagers – they truly make a practical gift. However, every state in America has different regulations, and there is no one universal law to follow.

How does the state of Pennsylvania declares what an electric bike is.

The state of Pennsylvania has a rather interesting definition of electric bikes – they are considered "pedalcycles" with electrical assist. There are some restrictions, such as the 750 Watts motor restriction and the 20 miles per hour speed restriction, as well as the 100 lbs weight restriction.

In most cases, the same rules apply to electric bikes and bikes powered by humans, traditional ones. 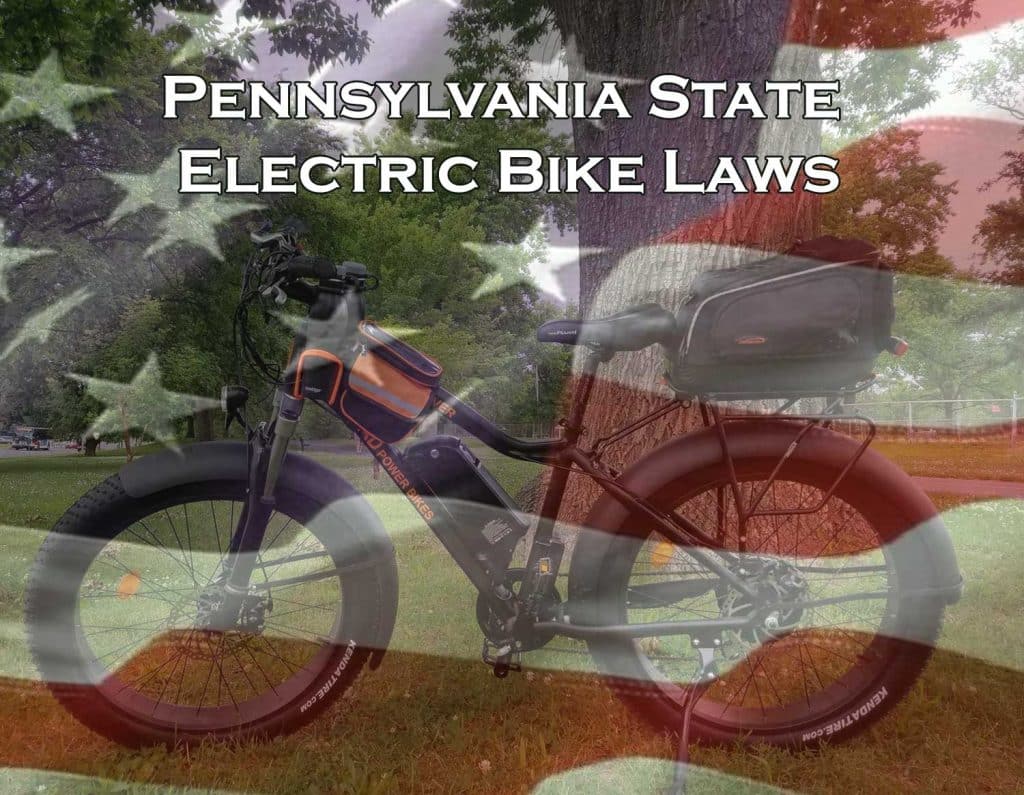 How powerful can my bike be? Your bikes should not exceed 750 Watts when it comes to motor power, and you still need to obey speed limits as well.

Do I need a license or insurance? Electric bikes do not require any type of documentation, such as a license, insurance, or a certain registration. These apply to motor vehicles only.

Do I need to wear a helmet? Helmets are not required, although they are often a lifesaver for many. You should consider wearing a helmed good practice.

Are there age restrictions to look out for? If you are younger than 16, you cannot operate an electric bicycle. It is unclear whether you can be a passenger, so keep that in mind too.

Can I ride on the road? There is no universal answer to this question, but it is expected that electric bikes are allowed where traditional bikes are. That means you should be able to ride on bike paths, and bike roads, but not on sidewalks. We strongly suggest you contact local authorities for more information.

Do bike riders need to obey all the traffic signs? Yes, it is strongly advised that all bike riders obey traffic signs to ensure their safety. Your local police department might be especially suggestive when it comes to traffic signs related to traditional bikes.

What about electric mountain bikes? The Pennsylvania Bureau of State Parks permits electric bicycles where motorized vehicles are allowed. You should most definitely contact the local authorities for updated information, as electric mountain bikes have only been gaining popularity lately. Some great rides you might want to check out are the Rattling Creek, the Coopers Gap Epic, the Roth Rock Tour, as well as the Lackawanna State Park.

Make sure that you always follow regulations and guidelines made regarding electric bicycles. They are quite important, and they change over time, which is why you should always stay in touch with your state's authorities.