One of the best investments you can make to ensure simplicity and safety during your daily commute is an electric bike. When they first came out, many were skeptical of their productivity, especially since the prices were so high. Nowadays, it's very easy to spot e-bikes everywhere – they are practical, modern, and affordable. Do you know the Rhode Island state electric bike laws that need to be obeyed if you want to stay out of trouble?

How does the state of Rhone Island declares what an electric bike is.

Rhode Island classifies electric bikes as motorized bicycles. This means that electric bikes are two-wheel vehicles propelled either by human power or a motor. The motor should not be stronger than 4.9 horsepower, nor should it be greater than 50 ccs. The maximum speed should be 30 miles per hour. 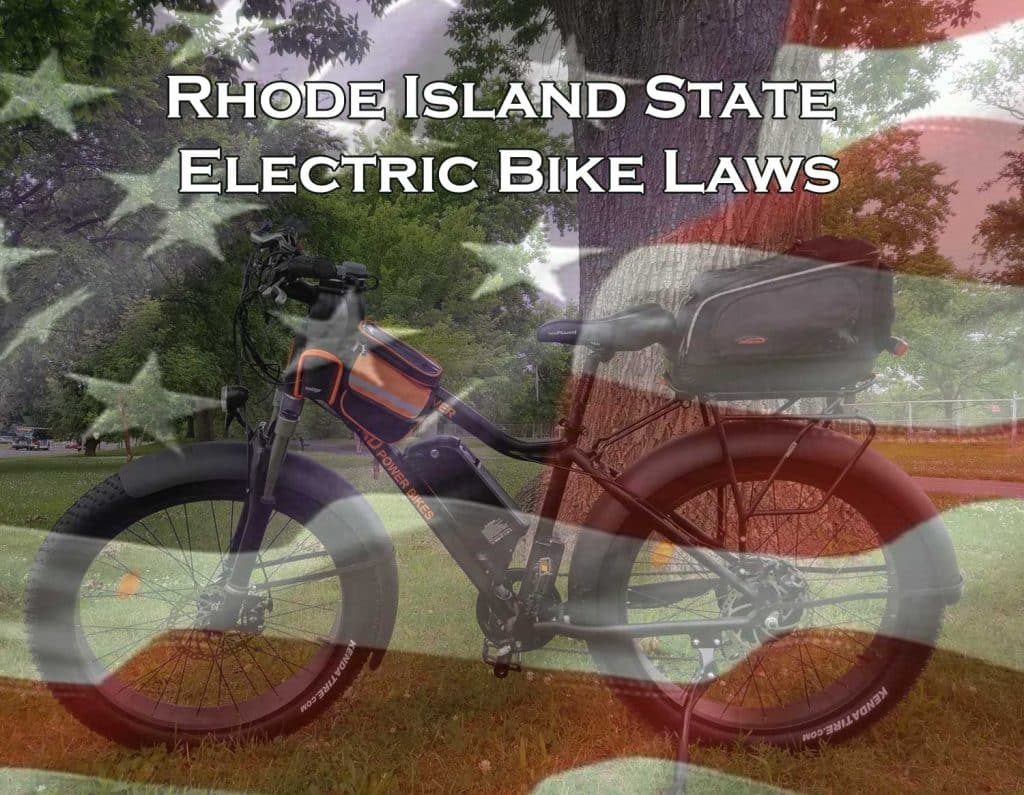 How powerful can my bike be? Since e-bikes are essentially motorized bicycles, there have to be some limitations as to how powerful a bike can be. The expected maximum is 1491 Watts, and the speed limit is 25 miles per hour.

Do I need a license or insurance? In Rhode Island, you do not need to get any special licensing, insurance, or registration for your electric bike.

Do I need to wear a helmet? Although helmets are not required for anyone, they are still a great way to make sure you are safe while you're in traffic. Urge your children to wear them, even though it's not a legal obligation they need to follow.

Are there age restrictions to look out for? There are no age restrictions either, but we wouldn't say that local policemen will allow just about anyone to ride an electric bike. If someone is way too young to ride, you might be warned.

Can I ride on the road? In the state of Rhode Island, electric bikes follow the same rules other vehicles do. That means that there are no limitations, but also no clear regulations – contact your local police department to see whether you're allowed to use the electric bike on roads, sidewalks, bike paths…

Do bike riders need to obey all the traffic signs? Yes, both for their safety and the safety of those who join them in traffic.

Electric bicycles are a great investment, but only if you make sure to play according to the rules. Make sure that you get up-to-date information and ask questions whenever needed.