Although electric bikes are allowed and commonly used in the USA, it’s beneficial to know that every state has issued its own rules for electric bike use. Below we provide the information relevant to those who use electric bikes in the state of Texas - remain outside the gray zone of law.

How does the state of Texas declares what an electric bike is.

Depending on which class your electric bike belongs to, you might notice that there are special rules and regulations for class three bikes, so pay attention. 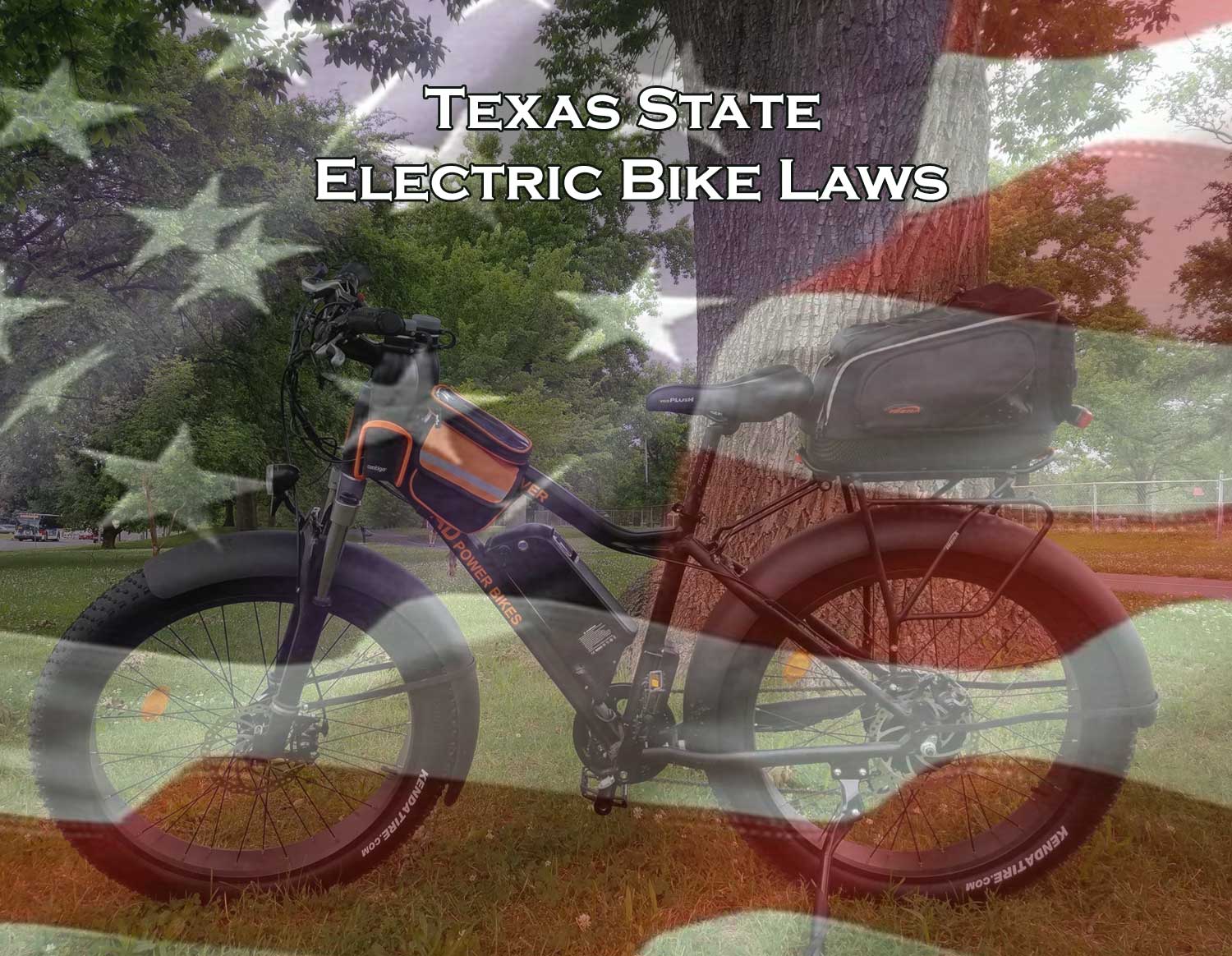 How powerful can my bike be? The upper limit of strength for your motor, measured in Watts, equals 750, and you’re not allowed to customize your bike to exceed this limit.

Do I need a license or insurance? No, you don’t need to have any special licenses for electric bikes in Texas.

Do I need to wear a helmet? Helmets are a must-have for riders under 18, but it is advised for those over 18.

Are there age restrictions to look out for? Yes, there are! If you are under the age of 15, you can’t operate a class 3 bike, and you can only be a passenger on such vehicles.

Can I ride on the road?  Absolutely, but you need to ride as far right as possible, and the only expectation you’re allowed to make is when you’re taking a turn left. Unless stated differently, you can use electric bikes on all paths and trails intended for mechanical bikes.

Do I ride in the same direction as traffic? Yes, you should follow the natural structure of traffic.

Do bike riders need to obey all the traffic signs? Absolutely, and the general guidelines for bike trails and bike paths.

There are many things to watch out for when it comes to the general guidelines in Texas, but since electric bike usage remains a grey area in law, we suggest you use your common sense and some extra safety.

Fastest Electric Bike: We Review the Fastest E-Bikes for 2022

Folding Electric Bikes: We review the best foldable e-bikes for 2022