When we hear “e-bikes”, we often think of chunky bicycles that are propelled by and get their strength from an electrical motor.

But is that all there is to e-bike?

No two e-bikes are the same, and all the e-bikes can be classified within a specific class, depending on their mechanical characteristics or what they’re used for most frequently.

If you’ve found yourself confused by this, you’re not to worry! We’re here to tell you all about the different classes of e-bikes and why certain e-bikes fall under a specific category.

So, if you’re interested in learning about this, we highly recommend you buckle up and reserve the next few minutes for what you’re about to read.

These three e-bike classes are all you’ll have to remember to identify the classifications of e-bikes successfully. There are no subcategories that would make this much more complicated than it already is.

Why Are E-bike Classes & Classifications Used?

There’s a very good reason why e-bikes are put in different classes. There are a lot of different e-bikes with capabilities that can vary extremely.

That means that there’s a need for classification to happen while looking at similar aspects of e-bikes and classifying them based on that. This allows for an easy process of then legislating (legally limiting) these e-bikes when it comes to the law.

Now, this may sound as unnecessary to some of you, but trust us - it is very much necessary.

Legal limits for everything that has a motor it in are there in the best interest of those people who use them. Simply said, these limits are there to ensure safety of the rider. That’s why we limit minors from driving cars, motorcycles, etc…

So, now that you know why e-bikes have classes and classifications and what they’re used for, let’s see what it takes for an e-bike to be a class 1, class 2, or class 3 e-bike.

Before we get into what similarities make two e-bikes from the same class, let’s look at a short definition for each of these three e-bike classes.

Class 1 - The Class 1 e-bike only offers assistance when you pedal and stops when you reach 20 mph. It is perfect for bike lanes, bike paths, roads, or anywhere you'd use a traditional bike.

Class 2 - The Class 2 e-bike has a throttle that gives a boost without using the pedals and stops assisting at 20 mph. Class 2 e-bikes are similar to class 1 e-bikes, but the only difference is that class 1 bikes don’t have a boost while not pedalling.

Class 3 - The Class 3 e-bike has a speedometer and only provides assistance up to 28 mph, making it a great option for commuters. Like the class 1 e-bikes, class 3 e-bikes don’t provide assistance while not pedalling.

Now that better introduced to all three of the e-bike classes and what all three classes entail, let’s take a look at a table that will simplify what you just read.

Here’s the table of all the classes and class requirements for e-bikes.

As you can see, there aren’t many differences between the e-bikes in these three classes or categories.

But, there’s more than what meets the eye. Let’s take a look at what e-bikes fall under which class.

Class 1 e-bikes are handled similarly by most towns to the standard street and mountain bikes. The key distinction is that pedal-assist technology on electric bikes only activates when you actually pedal.

The engine will not run on its own when in this mode - thus pedaling is required. But as was already established, class 1 e-bikes can only accelerate with pedal assistance up to 20 mph.

With the throttle-only mode, you can ride your bike without pedaling. It’s pleasurable to take a break without having to stop, but if you’re aiming to get a class 1 e-bike, you won’t have this ability.

Take a look at local laws and ordinances before riding a class 1 electric bike somewhere that might dissuade you from using a car. Between cities and states, laws can vary greatly.

A class 1 e-bike is safe to purchase if you're interested in using it to commute on regular streets and highways. This class is where a lot of new electric bike users begin.

Beginners usually don’t like to buy fast e-bikes with stronger motors that give them more speed than they can handle. This is the most common reason for finding the majority of e-bike newbies buying an e-bike from class 1.

Many people mistakenly believe that class 2 electric bikes are directly superior to class 1 e-bikes in terms of handling or difficulty due to the electric bike classes. But, that’s not entirely true.

Off-highway vehicle (OHV) trails are among the additional surface terrain types that the class 2 e-bike can handle. If you aren't familiar with them, OHV trails are well-known routes for enthusiasts using dirt bikes, golf carts, jeeps, and all-terrain vehicles (ATVs).

Take a look at the specifications of the bikes you are planning on purchasing before deciding whether to get a class 2 e-bike or a model from another class.

Similar to class 1 bikes, class 2 e-bikes have a motor that can operate independently and pedal assistance up to 20 mph.

If you are injured or have restricted mobility and are unable to pedal, this mode may be useful to you. People that had leg fractures or are just looking to recover from an injury will find the assistance of class 2 e-bikes more than valuable!

Class 2 e-bikes are the only e-bikes that provide their rider with the throttle, meaning the motor can work without you pedalling.

This may cause problems for non-experienced e-bike riders since it’s a similar feeling to riding a motorcycle which isn’t the easiest thing in the world.

E-bikes from this class differ from those in the other classes in terms of speed. Fans of electric bikes, particularly those looking for adventures, continue to support this category of electric bikes. Class 3 e-bikes enable users to go quicker since they provide pedal assistance up to 28 mph.

This implies that it will take you less time to get where you're going. Is a class 3 electric bike the best option for your particular requirements and riding preferences?

Well, the answer to a question like that isn’t as simple as it may seem. Class 3 e-bikes, much like class 2 e-bikes, are for more experienced e-bike riders. Going 28 mph, regardless of not having the throttle available, you can seriously get injured if you don’t know what you’re doing.

Class 3 e-bikes are prohibited from certain highways and trails in many locations due to their speed, and these limitations deter people from racing.

E-Bike Classifications In The US

All fifty states and Washington, D.C. define e-bikes in some capacity, but their classifications can be slightly different from state to state. Below, you’ll have an opportunity to look at how well regulated the e-bikes are outside of California.

California has some different rules regarding e-bikes, so if you’re a Cali resident, we highly recommend checking your local laws and legislation that regulates the use of e-bikes on public grounds.

Of the states that categorize e-bikes, 36 of them use a three-tier system that is similar to the classes we’ve talked about above. Categorization of tires allows individual states to separate e-bikes from other motorized vehicles such as mopeds or scooters. Most of the classification parameters in these states are very similar, so riders shouldn't have much trouble understanding the overlap if there is some.

Lawmakers in individual states set unique helmet laws for e-bike riders and passengers, with some even leaving the regulation to local governments. Many states require helmets in some capacity through laws that are centered around age, class or a combination of the two.

It’s very important to get familiar with local, state, and federal law that regulate the use of e-bikes. It’s important to know these things, so you don’t get into trouble for riding e-bikes in places where they’re prohibited or to avoid getting a penalty for riding an e-bike in a manner that’s punishable by law. We highly recommend reaching out to the transportation department or local authorities (such as the police or Sheriff’s office) for the state in question to find out where you can and cannot ride an e-bike.

As far as the sidewalk and road regulations for e-bikes go, they vary heavily from state to state. E-bikes have to share the road with other vehicles such as cars and follow the same rules in Alabama, Massachusetts, Oklahoma, Virginia and a few others. In some states, e-bikes are allowed on sidewalks as well as roads, and those states include: Arizona, Washington, Minnesota, and Utah. Remember that these states can limit which e-bike classes can ride on the sidewalk.

Now that you have every possible general information regarding e-bikes, you can safely plan a trip within or outside the state borders.

Even though you might not know the regulations for a specific state in the sense of specific legislation, you know where to find them!

Remember that e-bikes are electric vehicles and that riding one isn’t the same as riding a regular bike.

Ultimately, we’d like to encourage you to ride e-bikes carefully and responsibly while informing yourself about local laws that might regulate the use of e-bikes in the general area where you’re planning on riding your e-bike! 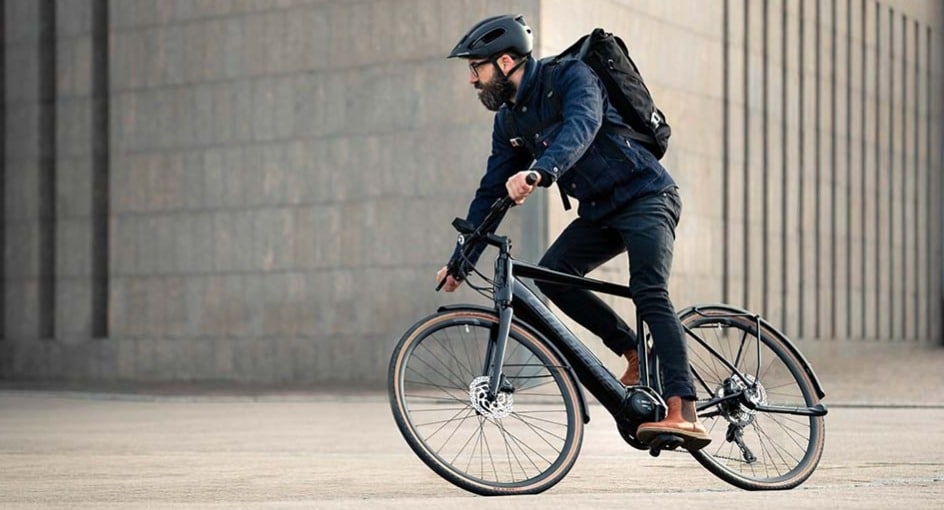 Hi, I'm Nikola, your typical adrenaline junkie. Columnist and publisher by day, passionate mountain biker, and downhill skateboarder by night (or I guess weekends). I love electric bikes and own a Rad Power Rover 6 myself!

Electric Bike Maintenance – How To Look After Your E-Bike

Electric Bike Maintenance – How To Look After Your E-Bike