MATE X Review – The Jack Of All Trades, Or A Bust? 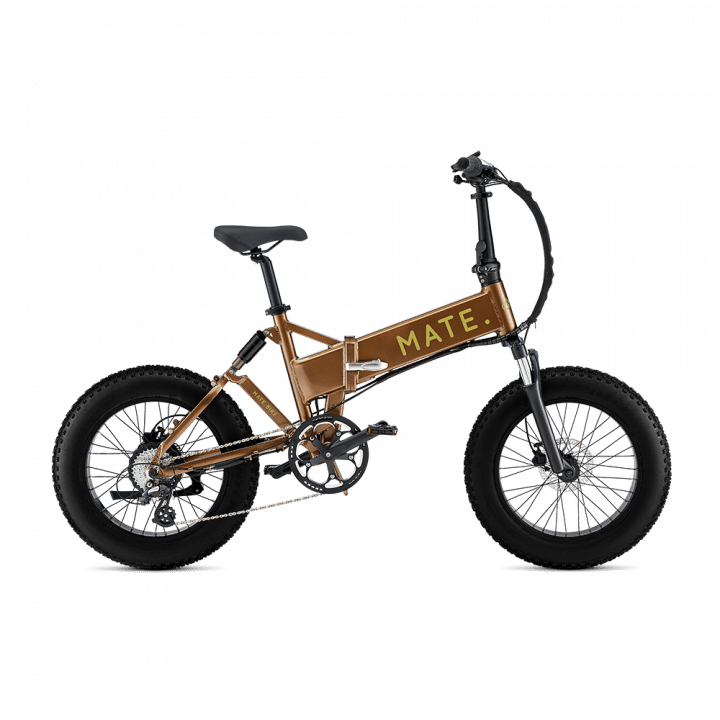 The MATE X e-bike is a fun ride that tries to be a jack-of-all-trades - but trying to be good at everything leads to certain compromises.

I’m not going to lie; this is quite a fun machine - but while trying to hit all niches at once makes for an exciting and compelling story, it doesn’t necessarily make for the best and most practical e-bike for your day-to-day use.

Before I jump to more details, let’s look at the specs of the MATE X and then review each part of this foldable full-suspension electric bike.

The frame is made out of standard 6061 aluminum - nothing out of the ordinary. At first glance, MATE X looks pretty good. The battery is hidden in its frame, giving it a clean, sleek look.

This electric bike features a folding frame - it’s meant to be carried on a train or stored under your desk when you get to your office. 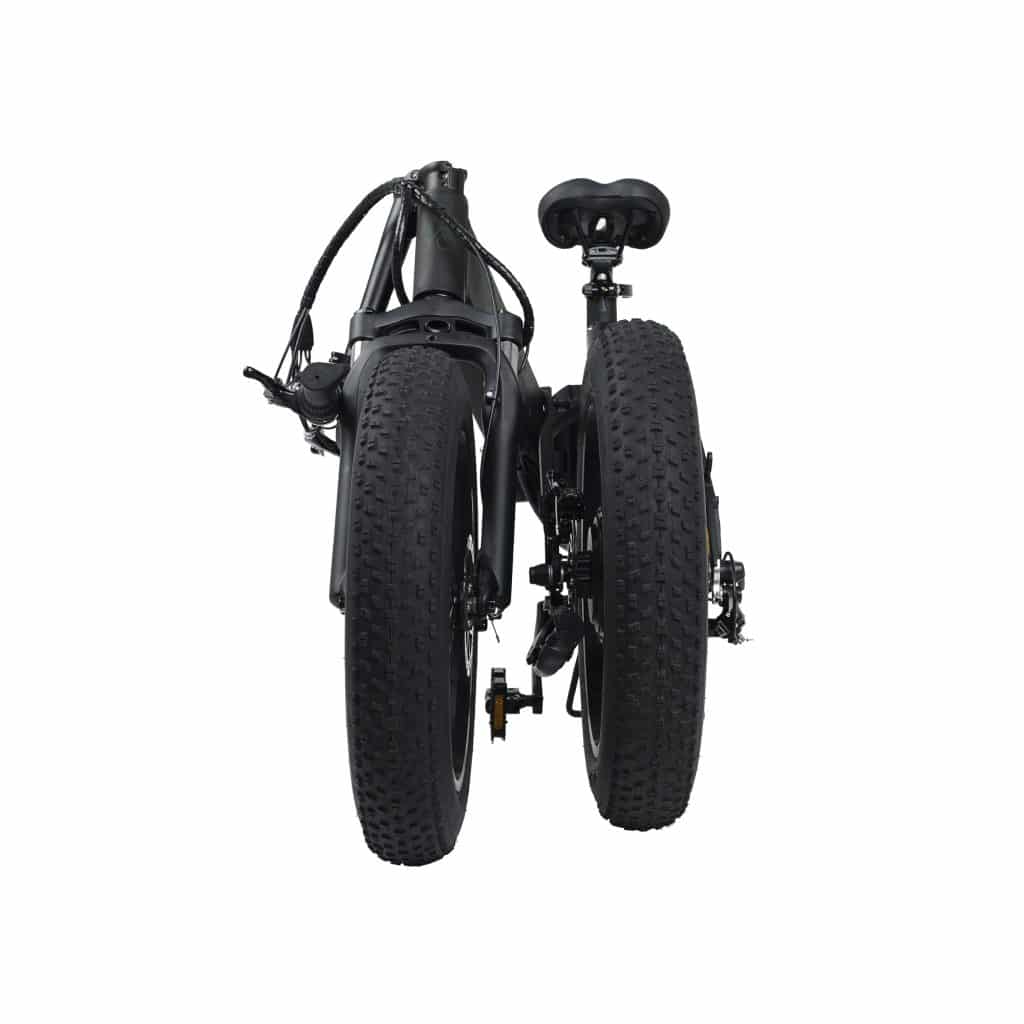 However, MATE X is a pretty hefty e-bike, if I’m being frank - weighing 62.8 pounds or 28.5kg, this electric bike can be pretty hard to carry for most people.

The front chainring looks to be of decent quality. The folding pedals are from Wellgo and they are metal, not plastic.

The chain and derailleur also look cheap - you’d expect much more from such a popular, crowdfunded electric bike.

I’ve found that quite a few people complained that they’d received their MATE X with the front fork broken, so that’s something to consider if you intend on getting this electric bike.

Thanks to its long seatpost, the MATE X will accommodate a range of rider sizes - up to 6.2 feet or 1.89m. The bar height is also adjustable through a telescopic steerer.

The bike might be on the long side for shorter riders, but they’d be able to ride MATE X just fine.

The rear shock absorber is pretty bad, so you’d probably want to change it if you’re a bit heavier rider. Also, if you get the MATE X, be sure to check the folding mechanism as some came loose on arrival, according to some people.

I should also mention that the keyhole is located in a rather inconvenient place underneath the frame, making it somewhat harder to reach.

For a motor that purports to be a 250W unit, that digit spends plenty of time well north of 500W, especially when you’re climbing. With that being said, even though this motor belongs to the more powerful end of the hub motors, it’s not as strong.

The motor has five assistance modes, and this isn’t an e-bike you’d want to be riding with the motor turned off.

The problem with the engine is that it takes a second or two to kick in. you need to be in a low gear when you stop, as pedaling the MATE X away in the top gear without the motor assisting you isn’t much fun.

The MATE X comes with Tektro hydraulic disc brakes, and to be honest, they aren’t the best hydraulic brakes out there, but they get the job done if you’re just riding the MATE X around the town on flat terrain - I wouldn’t test their capabilities in more challenging terrain. 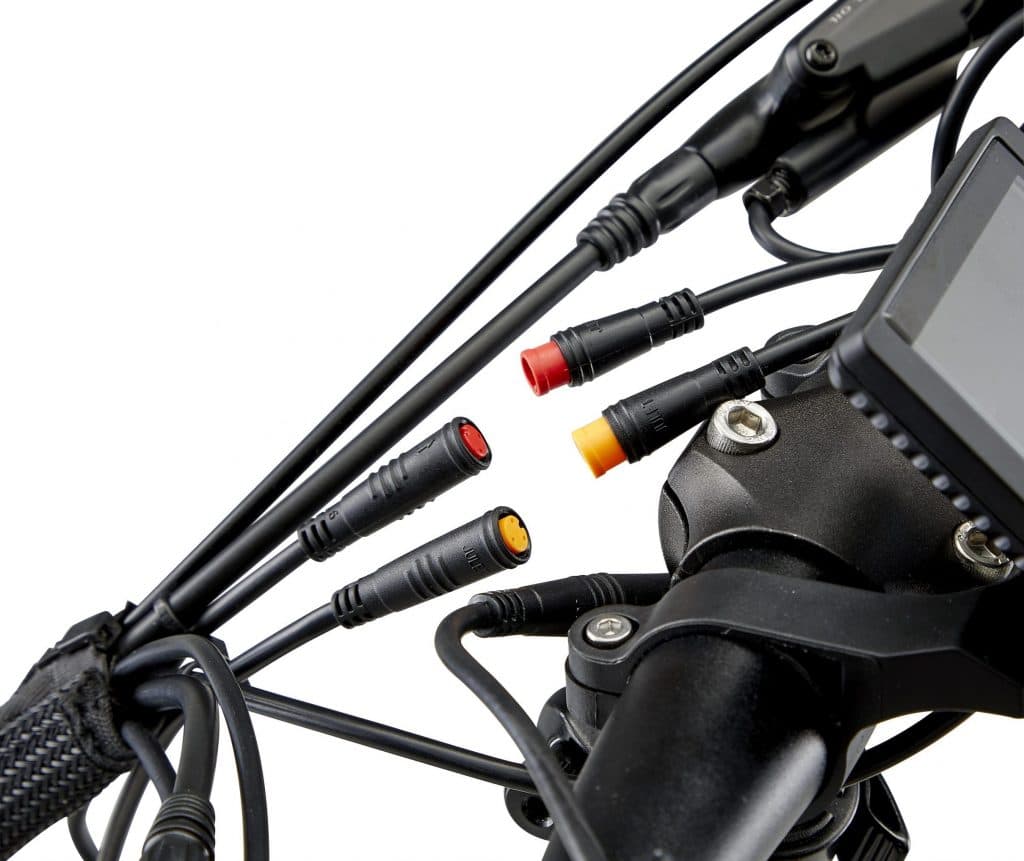 The advertised range of the internal battery is up to 75 miles. The reality is quite different - you can expect up to 30 miles of range from MATE X. If you ride it with just pedal assist, you might squeeze 50 miles out of it.

This battery isn’t as good as some which come with lighter e-bikes with torque-sensing motors, but it gets the job done for your daily commuting. Again, the range depends on the type of terrain you’re riding and your weight as well.

Interestingly enough, the battery charger comes with a European charging plug, so if you live in the US or anywhere where that type of plug isn’t standard, you can’t charge your MATE X.

On top of that, the cord isn’t removable from the charger, so the only way to charge MATE X is to buy a charger from a different company or use a US/EU wall socket adapter.

Another problem with the battery is that the charger port doesn’t align up to the bike’s frame hole. So when you plug in your charger, there’s a chance of it to spark for a split second.

That’s because the charging port is so close to the metal frame, and when you plug it in to charge it, it will short out against the frame. This isn’t just a bad design; this is downright dangerous that you can short out your battery just by trying to plug it in. 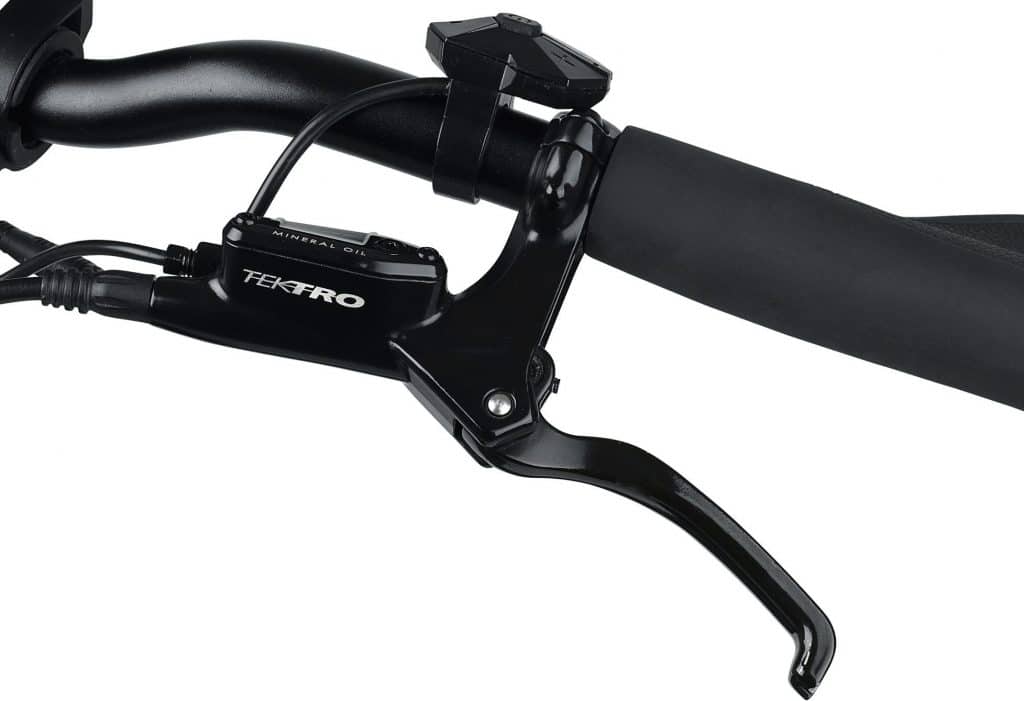 The rims of the MATE X match the fat tires at 20 inches which is a bit odd, considering the width of the tires and the bike’s advertisement as being “off-road.”

The MATE X comes with 20 x 4 inches tires which are relatively wide. You should be able to ride the MATE X on sand or snow without any problems, but I personally wouldn’t dare to test it on more challenging terrains due to the size of the wheels.

For $2900, this electric bike isn’t worth the money, even if this price tag falls in the lower end of the price spectrum when it comes to electric bikes.

Don’t get me wrong, the MATE X will get its job done without a doubt, but the question is, how good?

Apart from its design, some parts of the MATE X aren’t of the best quality. When considering that this bike is crowdfunded (the campaign was one of the most successful), the results are quite disappointing.

The MATE X certainly doesn’t match the high-end electric bikes I’ve ridden. Instead, this electric bike is a compromise - as the saying goes: jack of all trades, master of none - the MATE X will provide you with a decent ride, but nothing about it makes it unique.

This foldable electric bike looks pretty good - the style the company went with is sleek and nice.

For me, this is a kind of electric bike that you could ride around the town for recreational purposes. It has a decent range and provides a comfortable ride. You could even take it off-road.

One of the most significant issues about the MATE X is its weight - 62.8 pounds is pretty heavy for most people, especially when you take into consideration that this electric bike is foldable and meant to be carried around.

Also, what I found unusual about this bike is that the pedal assistance keeps running for a good second or two after you’ve stopped pedaling.

But the worst thing of all is the bad design of the battery charging port. It’s located so close to the metal frame of the bike that it has a chance to spark and short out, which is very dangerous.

If you want to get your hands on the MATE X, you should consider the customer service of the company that sells it.

Some people waited up to 18 months to receive their MATE X, which is absurd.

I understand that manufacturing problems can happen, delays can occur, sometimes there are things beyond someone’s control, but advertising a product while still not delivering the bike to the customers waiting for 18 months is deceiving.

Some people complained that their MATE X isn’t working or have received a bike with a broken part, and they couldn’t get a response from the company.

While it tries to be the jack of all trades, the MATE X is still a master of none. It is a relatively affordable electric bike that can be used for your daily commute and a bit of off-road ride.

The weight of the MATE X is a big issue, especially when you consider that it’s a foldable electric bike that’s meant to be easily carried around.

The flawed design of the battery charging port can be dangerous, and the company’s customer service leads me to the conclusion that you should stay away from this electric bike - there are much better options on the market.