These unusual Wing e-bikes have gained massive popularity in recent years. The unique design paired with fantastic performance and specs delivers the perfect blend of sleekness and functionality.

If you encounter an e-bike that looks even remotely similar to Freedom 2, you’ll turn your head 100% of the time. That’s probably what Wing Bikes were going for, anyway. Props to their design team for achieving the desired effect.

But is there something more behind these odd-looking e-bikes - or is it just their strange frame that gives them the “extra kick”?

Well, that’s what we’re here to discuss. And honestly, I couldn’t wait to get my hands on this model.

Now, before we get into some serious details, let’s look at the raw specs of this e-bike and then do a deeper dive into each of its components.

Here’s how the Wing Bikes Freedom 2 looks on paper: 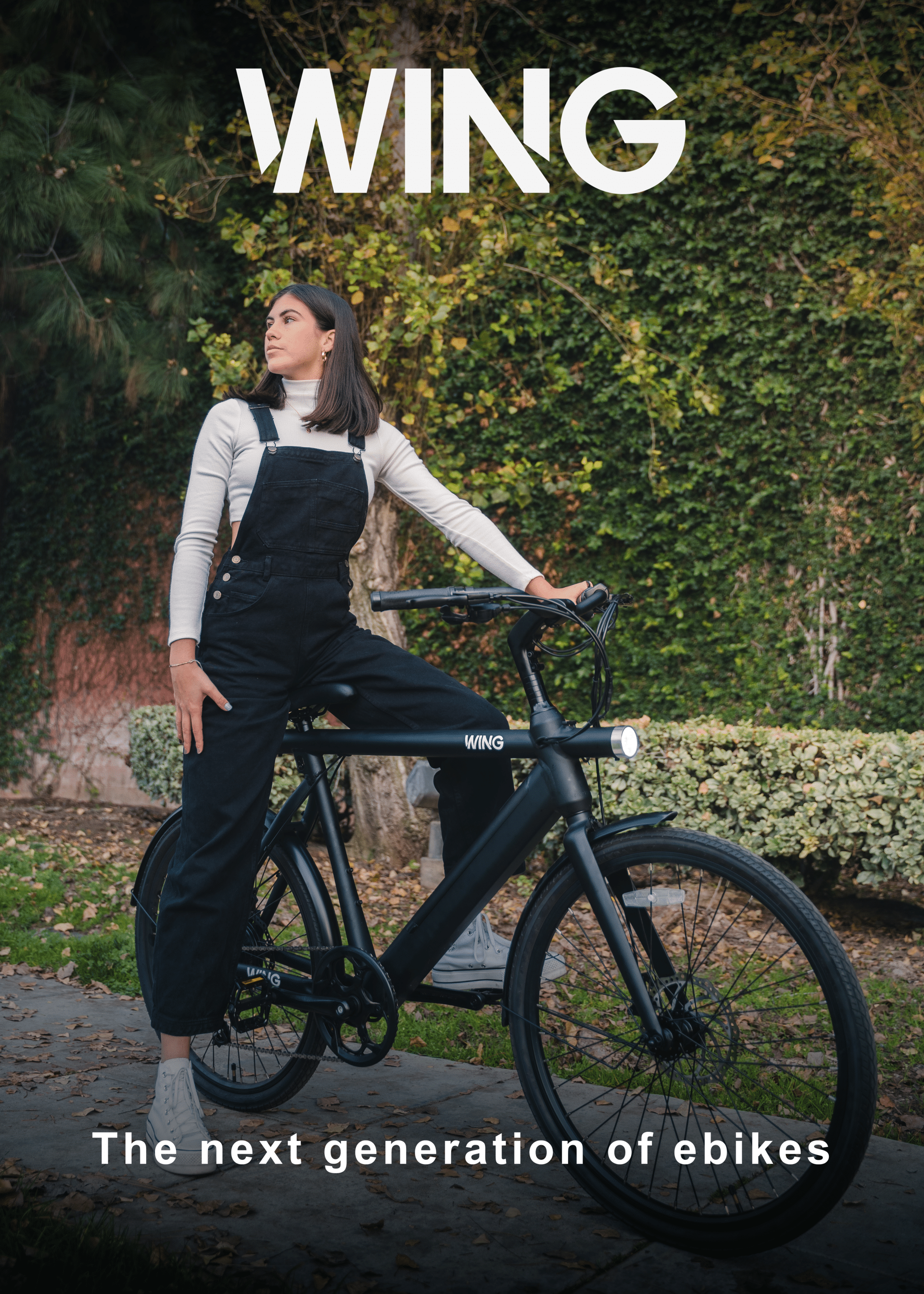 When it comes to Freedom 2 - and other bikes from the Wing Bikes lineup - the frame is the first thing that grabs your attention. The distinctive design of the frame is rather noticeable - but is that everything to it?

Well, first of all, this frame is relatively sturdy and durable but remains lightweight at 39 pounds. That’s because it’s made from 6061 aluminum - which is always a plus. Besides, it’s not easy to scratch or do any significant damage, and if stored and cared for properly, it will look as good as new for a long time - especially with that matte black finish.

If you’re not a fan of the design, trust me - you’ll get used to it.

It’s worth noting that it boasts a built-in headlight and taillights. Oh, and it suits most people, given that it’s suitable for riders up to six-foot-four tall.

The Freedom 2 is fitted with one of the best and most reliable motors out there, and that’s where the quality of this e-bike comes from in this case. Bafang motors are commonly known for safety and reliability, after all.

More specifically, Freedom 2’s fitted with a 36V/550W Bafang motor that delivers up to 45Nm of torque. Needless to say, the bike feels quite powerful and is capable of developing a speed of up to 25 miles per hour with ease.

So, there are no complaints in this department - especially when you pair that with the Shimano Tourney seven-speed rear derailleur.

Interestingly enough, Wing Bikes leaves it up to you to choose how big of a battery you’d like to have in your Freedom 2 e-bike. There are three options to choose from - and they’re all equally impressive.

Not many e-bike companies will allow you to customize the bike to this degree, and it’s wise to use this opportunity.

When it comes to the battery, you have three distinct options - 8.8 Ah, 10.4 Ah, or 14 Ah battery. Of course, you’ll get different ranges from each one, with the biggest battery giving you up to 60 miles of range.

If you know you’ll just cruise around town, then the 8.8 Ah battery will be enough. However, if you are a serious e-biker, the 14 Ah battery is a much safer bet.

The mechanical brakes with 180mm stainless steel rotors hit that perfect middle-ground for the Freedom 2. They’re soft enough not to hurt you but reliable enough to stop you when you need it the most.

Good brakes are essential for safe riding - and it’s exactly what you’re getting with these brakes. Freedom 2’s mechanical brakes are more than capable of keeping you safe.

People may sometimes overlook rims or consider them not as important as the other elements of an e-bike - which is wrong. Rims are also crucial when it comes to e-bike safety and smooth riding, as well as the actual speed and acceleration.

The Freedom 2 e-bike comes fitted with double-walled aluminum alloy rims that look amazing and provide you with the stability you need on your day-to-day rides around the city.

The last component we’ll look at in this e-bike review would be the tires. Don’t let that fool you, though; that doesn’t imply that they’re the least important.

I found them surprisingly tough and reliable - even when the terrain gets a bit rough. And that’s not something I’d say about a lot of e-bikes designed for urban environments.

Now that we’ve gone over all the crucial components of Freedom 2 together, it’s time for me to sum up my experience with this bike and focus on the specific advantages - and disadvantages - you should consider.

This e-bike is definitely one of the most interesting electric bikes out there. It’s an e-bike that you can rely on to get you from point A to point B without any difficulties and draw some attention no matter where you go.

There’s always something that could potentially bother some people out there. And with Wing Bikes, in particular, that’s probably the unique design.

An unusual-looking e-bike such as Freedom 2 isn’t everyone’s cup of tea - but then again, that is mainly a matter of preference, not an actual downside.

It’s clear that these e-bikes are well-made and worth your time - and money. On that note, Wing Bikes’ Freedom 2 is as affordable as an electric bike can be. Plus, you can manipulate the price depending on what components you purchase with the bike.

Finally, keep an eye out for these electric bikes - they have the potential to be the new “Tesla” of the e-bike world.

Seeing a Freedom 2 cruising down the city streets is bound to turn some heads and get people to take another look. That’s the effect Wing Bikes wanted to achieve, and they have succeeded in that 100%.

It’s definitely one of the most interesting-looking e-bikes on the market currently, and it seems to be worth your time in every aspect. Plus, it’s a fantastic bang for your buck!

Of course, it doesn’t handle off-roading well - but Freedom 2 is an urban commuter. This e-bike is made for the city streets and urban environments; that’s where you’ll genuinely see it shine.