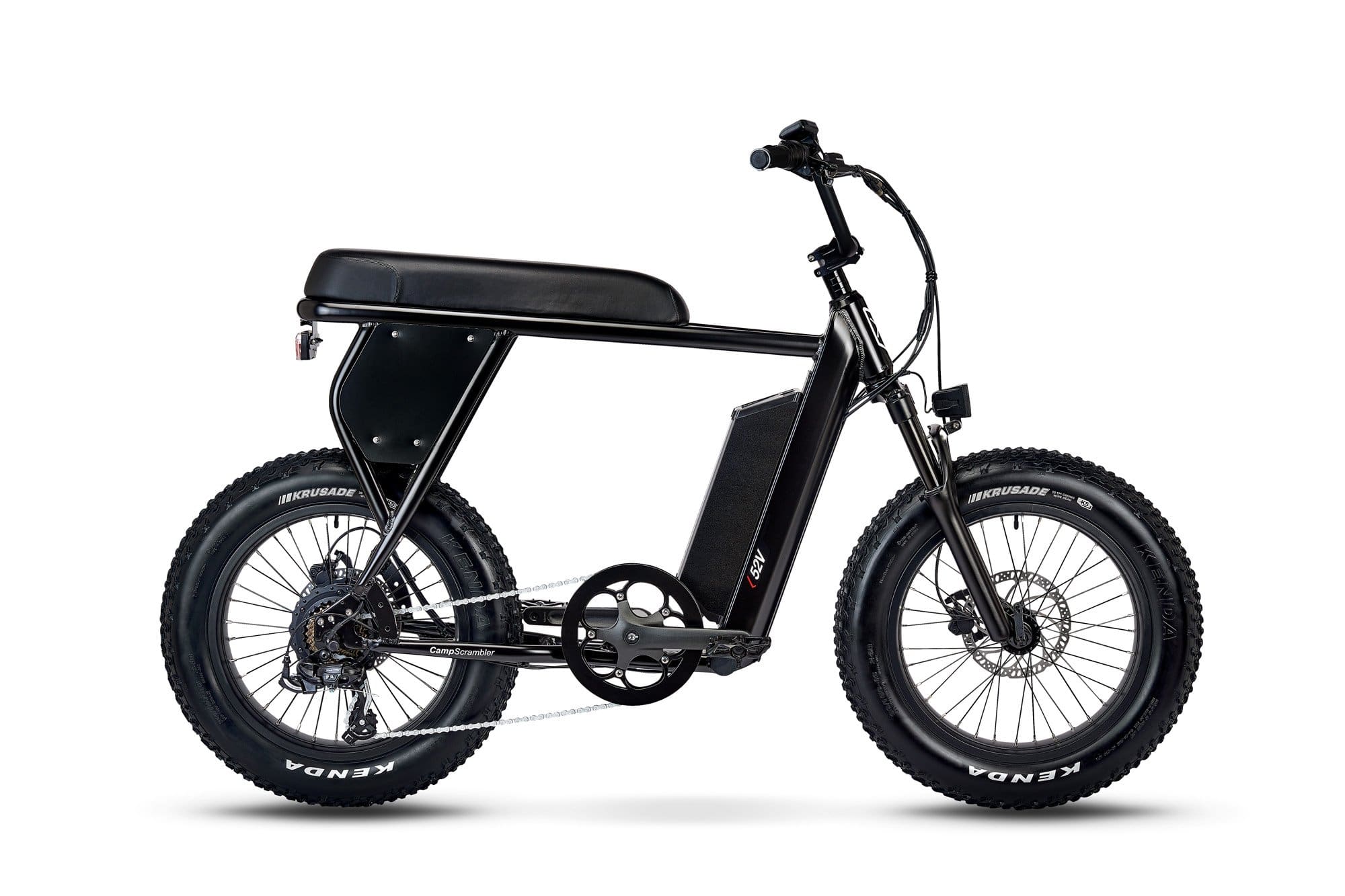 The Scrambler and HyperScrambler 2 overview 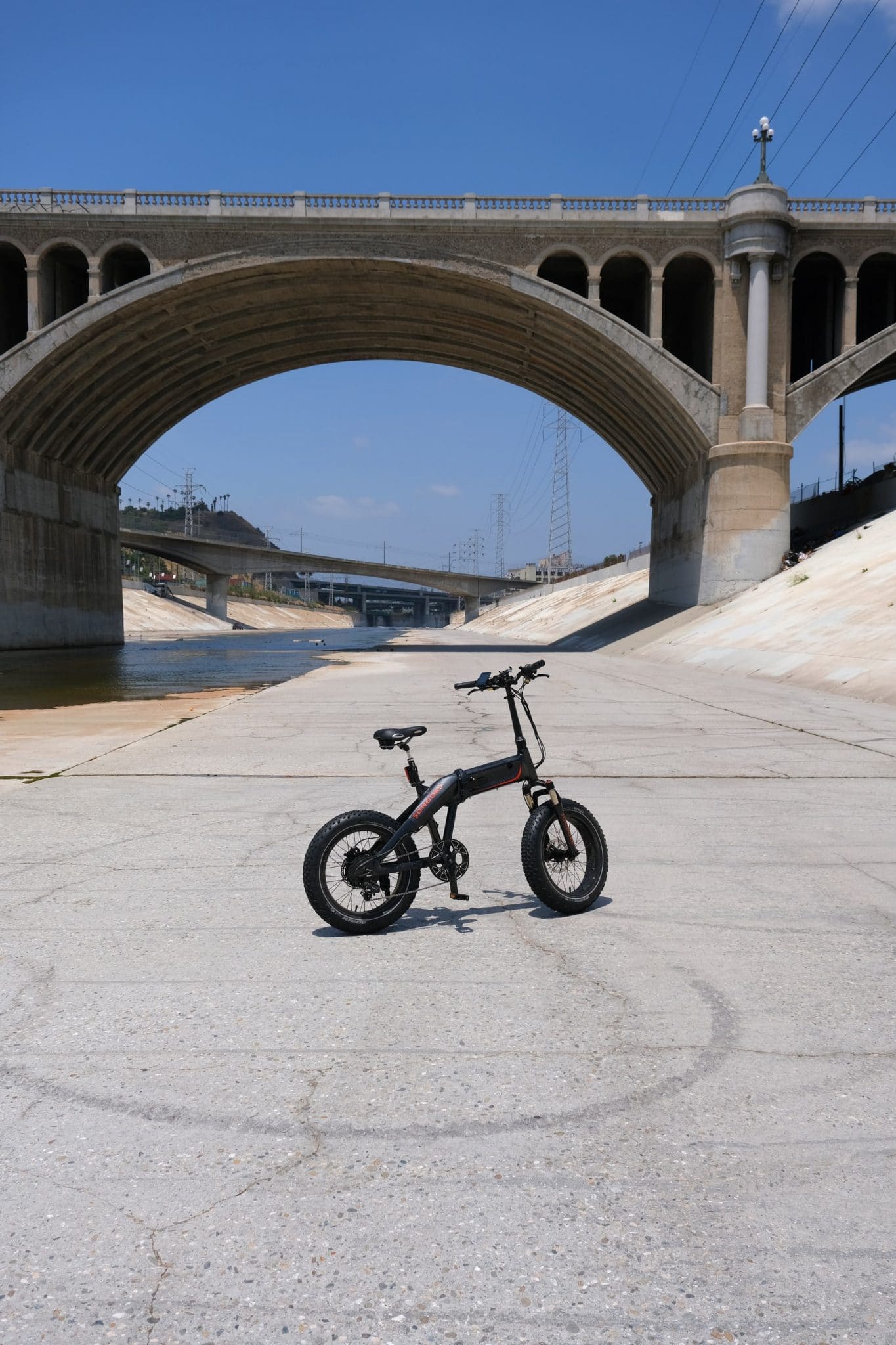 The Scrambler and the Hypercrambler may be similar in appearance, but their specs are vastly different - but you’ll figure that on your own in this review.

However, it’s worth noting that the Scrambler retains more of an old-school look, while the Hyperscrambler 2 has more of a modern-day appearance.

The Hyperscrambler gives away the feeling of a ‘ready-for-anything’ ride, while the Scrambler is the ideal commuter on a budget.

The Scrambler falls into the category of more affordable bikes with a price of $1,599 - while the Hyperscrambler has a much stronger price with the price tag of $2,499.

If the price is a deciding factor, we advise you to go with the Scrambler.

The Scrambler’s equipped with a suspension fork hydraulic lockout, which guarantees a smooth ride and comfort. The Hyperscrambler 2 has a hydraulic lockout fork, but with the rest of the powerful specs, it doesn’t lose on comfort.

The handlebars on the Scrambler are custom short and customizable, so you can adjust them to whatever size you need. The Hyperscrambler has upright, high-rise handlebars so you get more of a conventional motorbike feel.

The gear shifter counts 7 gears on the Scrambler, and 8 on the Hyperscrambler 2, which isn’t enough of a difference to consider investing in the more expensive bike.

Both bikes are equipped with 20” x 4” tires, which are large enough to absorb vibrations on a bumpy city ride and give you a smooth ride feel.

The Scrambler comes with City or Knobby tires, while the Hyperscrambler 2 comes with puncture-resistant tires - so you’ll have no unpleasant surprises with that one!

When we’re talking motor specs - you can tell that the Scrambler is a budget electrical vehicle. With 750 Watts Bafang hub motor, the top speed the e-bike can reach is 28 mph.

Surely, it’s the industry average, but you can’t ask for more when you’re watching the price.

On the other hand, Hyperscrambler 2 goes the extra mile when we’re talking about motor power. With a 1000-Watt Bafang retro blade motor, this bike delivers a top speed of over 30 miles per hour!

The bike can go over that, of course, provided you don’t weigh near the weight limit, and you’re riding on a level road.

The Tektro brakes are not as efficient - you may have to tweak them sometimes to maintain them. Overall, not too bad for a budget vehicle.

When we’re talking about the battery, with the 13.0Ah, 52V battery - the Scrambler can offer the same as every other average electric bike, as it has a 45+ miles range.

On the other hand, that’s where the Hyperscrambler 2 justifies the much higher price, with a range of 100+ miles, with a 19.2Ah, 52V battery!

Its battery certainly goes the extra mile, but the bike itself is much heavier - almost 50 pounds compared to the 70-ish pounds Scrambler.

These two bikes may be similar in name, but their specs are rather different - it’s best to check out the specs to see why each bike is a great buy! 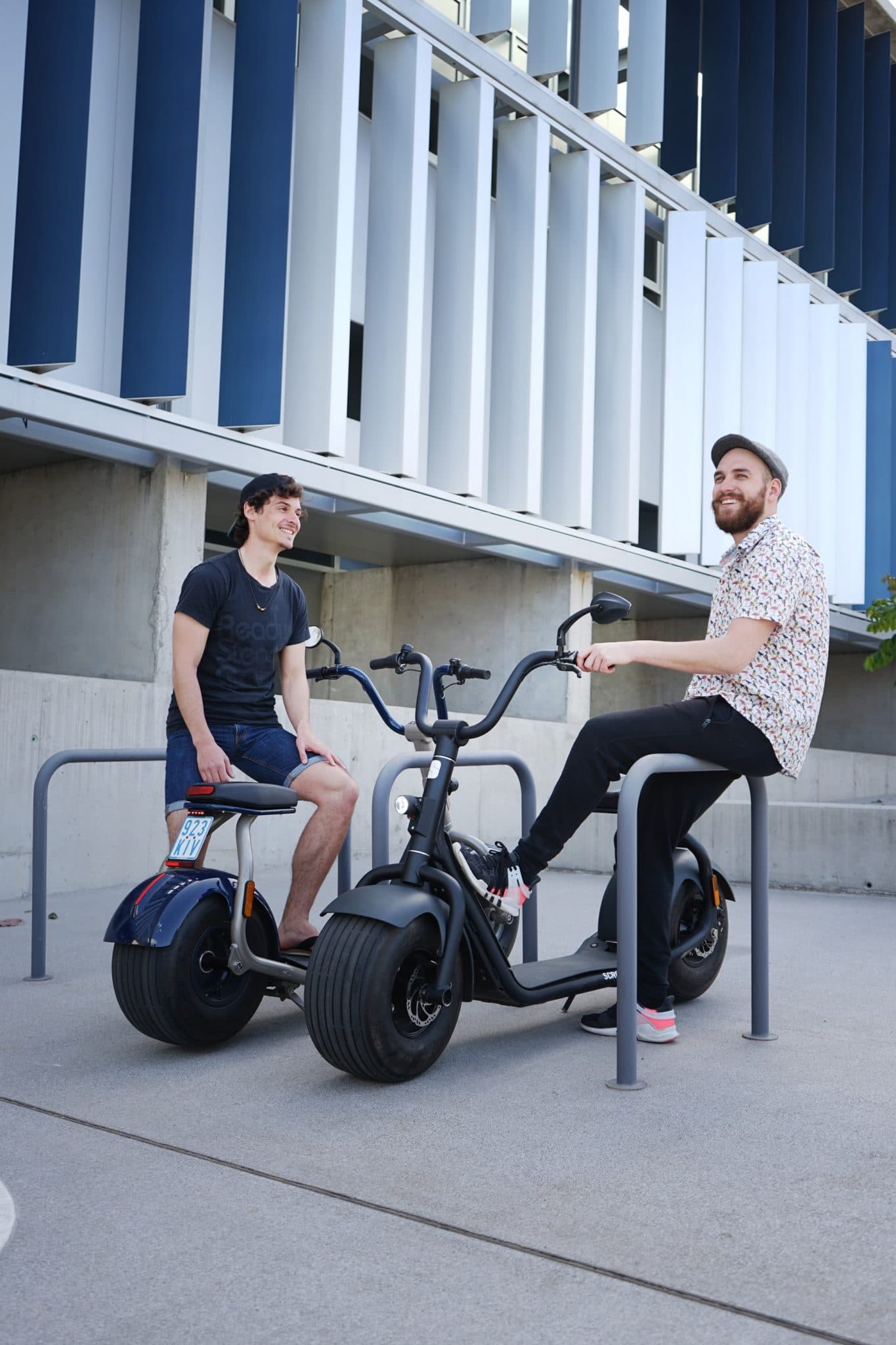 The bikes Scrambler and the Hyperscrambler 2 are specific because they don’t resemble bicycles, but motorbikes instead. You get the full feeling of riding a traditional motorbike.

If that’s something you’re longing for, it’s worth considering buying any of these two. The retro look combined with the comfort makes these e-bikes a must-have.

Furthermore, we’d like to put an accent on the customization. There are three color options for each model: black, red, and white - so you have at least some options to choose from.

For the Scrambler, there are seven pedal assist modes to choose from 0, 1, 2, and 3 - and each mode has more power assistance. Then, you have S for Sport, which powers up to the legal speed limit, and R for the race.

Race doesn’t limit the speed, but it won’t go any faster than you want it to, and Eco mode that only uses enough power to make up for the bike’s weight when you’re pedaling around town.

The LCD is simple and easy to use, with not many available features.

Hyperscrambler 2 has an advanced, Matrix LCD - easy to use and to switch between 7 motor settings, just like the Scrambler.

On the other hand, you have more options on the display like seeing how much juice is left in the battery, the temperature outside, and how to optimize the power throttle-wise.

The dual battery of the Hyperscrambler 2 is something worth noting once again, as the range is amazing.

The Scrambler’s range works for most common distances, so you’re not likely to stay stranded anywhere, but it will not work for long-distance.

Long charge time can be improved by investing in a fast charger, which needs 2, 2.5 hours for a full charge. Both bikes are activated with one-push of a button, so the user-friendly feel is further established.

The Scrambler may be the ideal bike for commuters, as it provides comfort and a decent top speed.

The Hyperscrambler 2 is the ideal bike for whatever your needs are, be that fast city rides, or riding off-road - this bike can do it all.

The Scrambler certainly offers solid specs for a budget-friendly vehicle, so you won’t make a mistake buying this exact bike. Contrarily, if you’re looking for a fantastic range and a variety of rides, go with the Hyperscrambler 2!

Our Juiced Bikes All-in-One review showcases and compares other great Juiced Bikes models you can choose from!

If you’re looking for commuting and doing regular rides - the Scrambler is a fantastic affordable option! If you need more, like having the option to ride off-road - the Hyperscrambler 2 is a fantastic vehicle for all kinds of rides!