E-bikes may cost a lot initially, but the “juice” for them is less than a few bucks on your electric bill. Also, you can charge your bike for free in so many places!

So, there are two market leaders in the electric biking world - a company called Juiced Bikes and a company called Rad Power. These two have a lot of e-bikes and e-bike accessories in their product range.

However, if you’re new in the world of electric biking, it could be very difficult to pick a bike for yourself. To help you out, we are going to compare products from both companies and see what they are all about!

For the best comparison of Juiced Bikes VS. Rad Power bikes, continue reading our article! 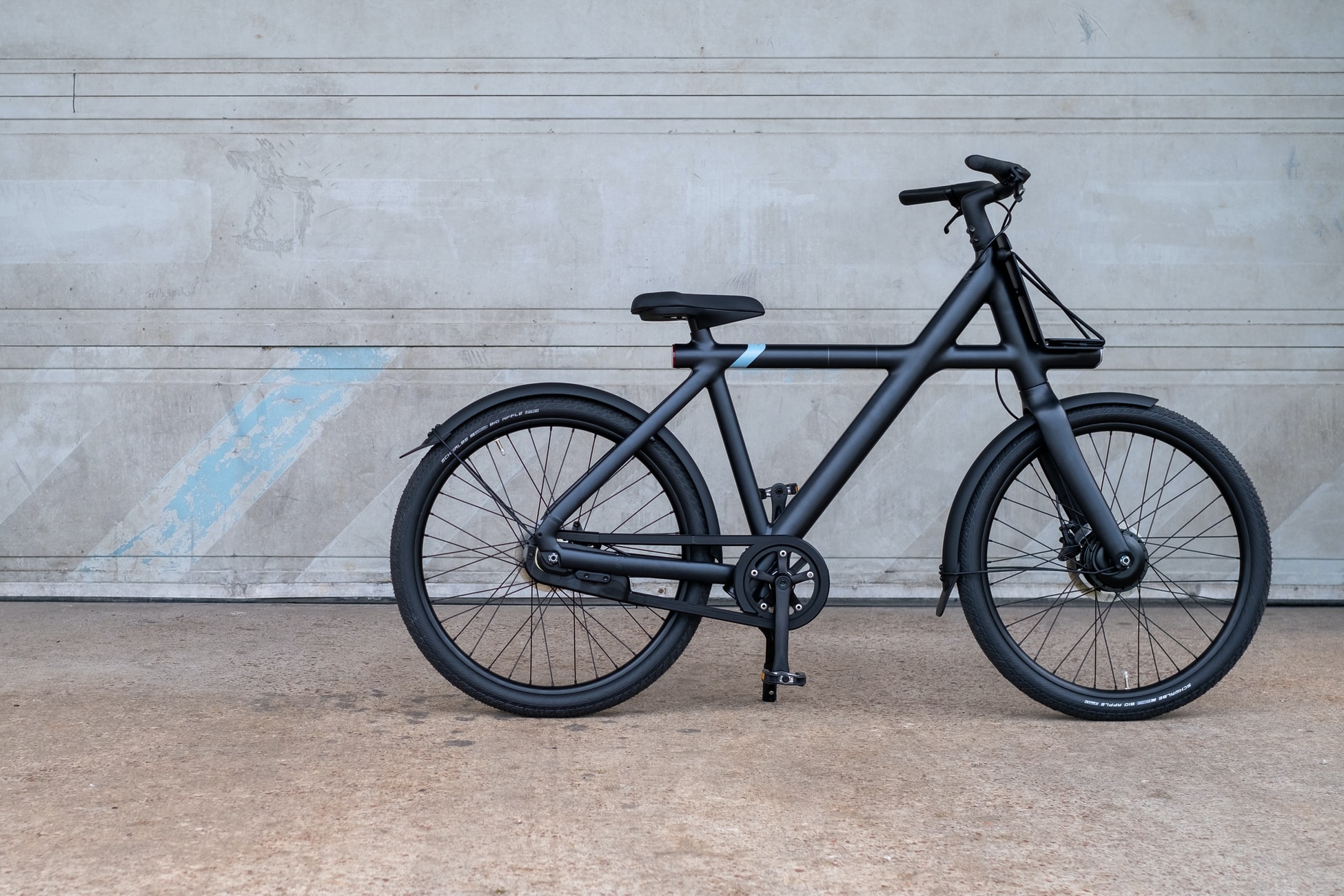 In reality, Juiced Bikes and Rad Power are similar companies, offering similar products. They are both based in California, and they specialize in manufacturing affordable but high-quality products.

Juiced Bikes was founded in 2009 by Tora Harris, a Princeton graduate. Juiced Bikes was initially an importer of Lithium-ion batteries, but they went on to make electric bikes - which was perhaps the best idea, given their popularity today.

Juiced Bikes launched their first electric bike in 2010, and they have been producing them ever since. Now, they offer a lot of different bikes - the prices and the specs vary a lot.

Rad Power was founded in 2015 when the founder Mike Radenbaugh and the co-founder Ty Collins came together to make eco-friendly bikes. Mike Radenbaugh made his first electric bike in 2007.

He needed an efficient way to get from point A to point B, which is how the idea to make an electric bike was made. His idea was a great success, and the first product they launched was the Rad Power fat tire bike.

Nowadays, the Rad Power company offers many different bikes. They even have various price ranges and types of bikes, to suit everyone’s needs - but the bikes are overall affordable, with some models falling in the medium price range.

Generally, the two companies are very similar in the product range they are offering. However, we should take our time to compare the products and see what bikes are better! 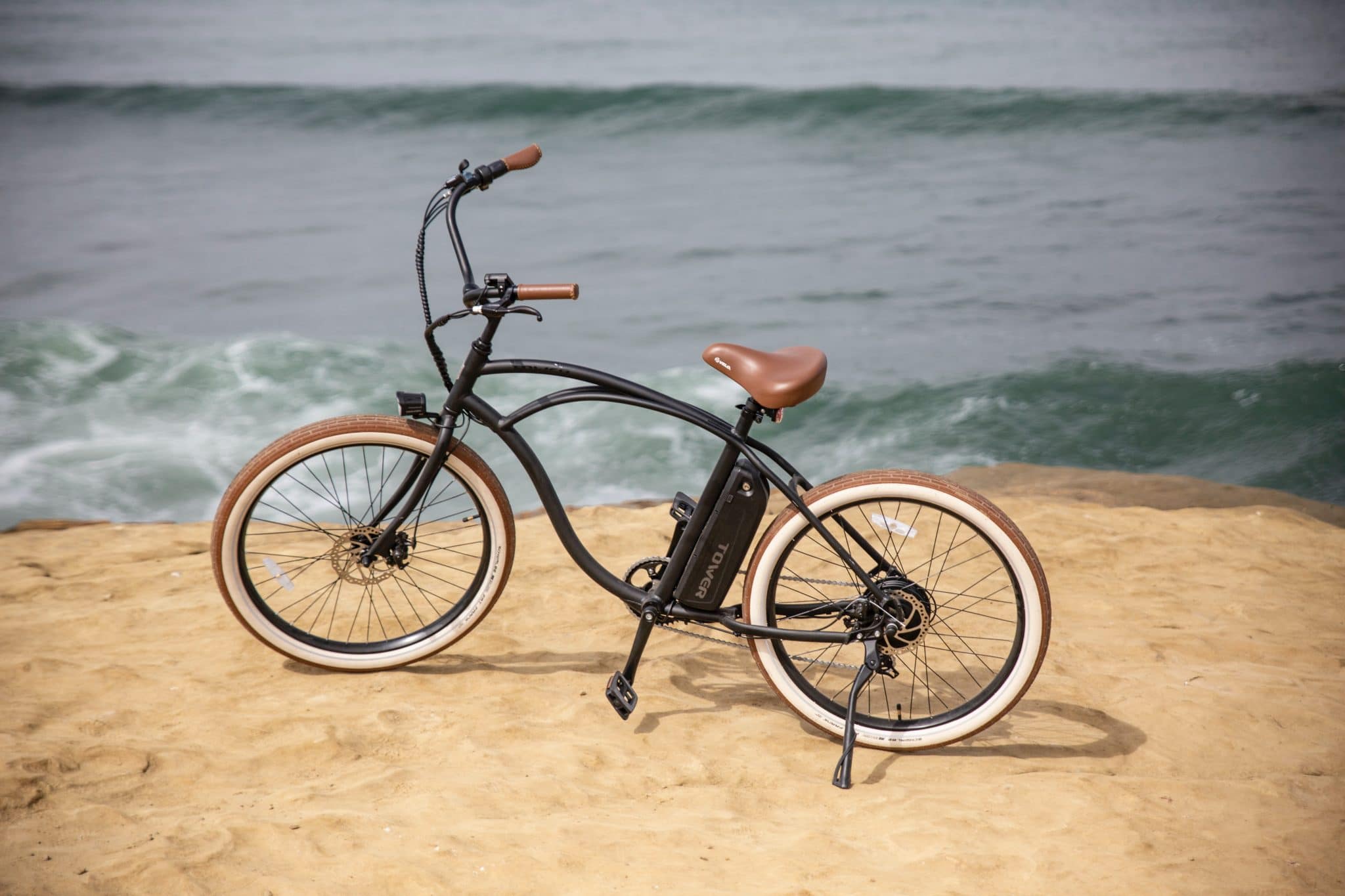 Here, we picked out the best four bikes from Juiced Bikes and the four best Rad Power bikes. Both companies offer a lot of different bikes, so it was no picnic picking out the very best.

We feel that comparison tables show the facts the best, so we are going to put all the specs in there! Let’s check it out:

In the table, we can see that these two city bikes are pretty similar, but they are not the same. The two bikes vary in price, with the Juiced Bike being a few hundred dollars more expensive.

Both bikes pack a lot of power in their shared 750W motor - the Juiced Bikes has a geared hub motor, and the RadCity Step-Thru 3 has a direct drive motor. The top speeds are quite different -  the CrossCurrent packs a lot of power with a 28 mph top speed, while the RadCity has a top speed of 20 mph.

That is a significant difference since the Juiced Bike’s speed falls in the industry average, and the RadCity is below that. The battery specs are different - all Juiced Bikes pack a 52V battery, as well as CrossCurrent. Rad Power bikes usually have a 48V battery, and the RadCity does, too. They both come in only one color: black.

Overall, we feel that the Juiced Bikes CrossCurrent S2 offers more than the RadCity Step-Thru 3. It is a bit more expensive, but it packs a better top speed and a larger mile range. We feel that both have a lot to offer, but CrossCurrent has our vote! 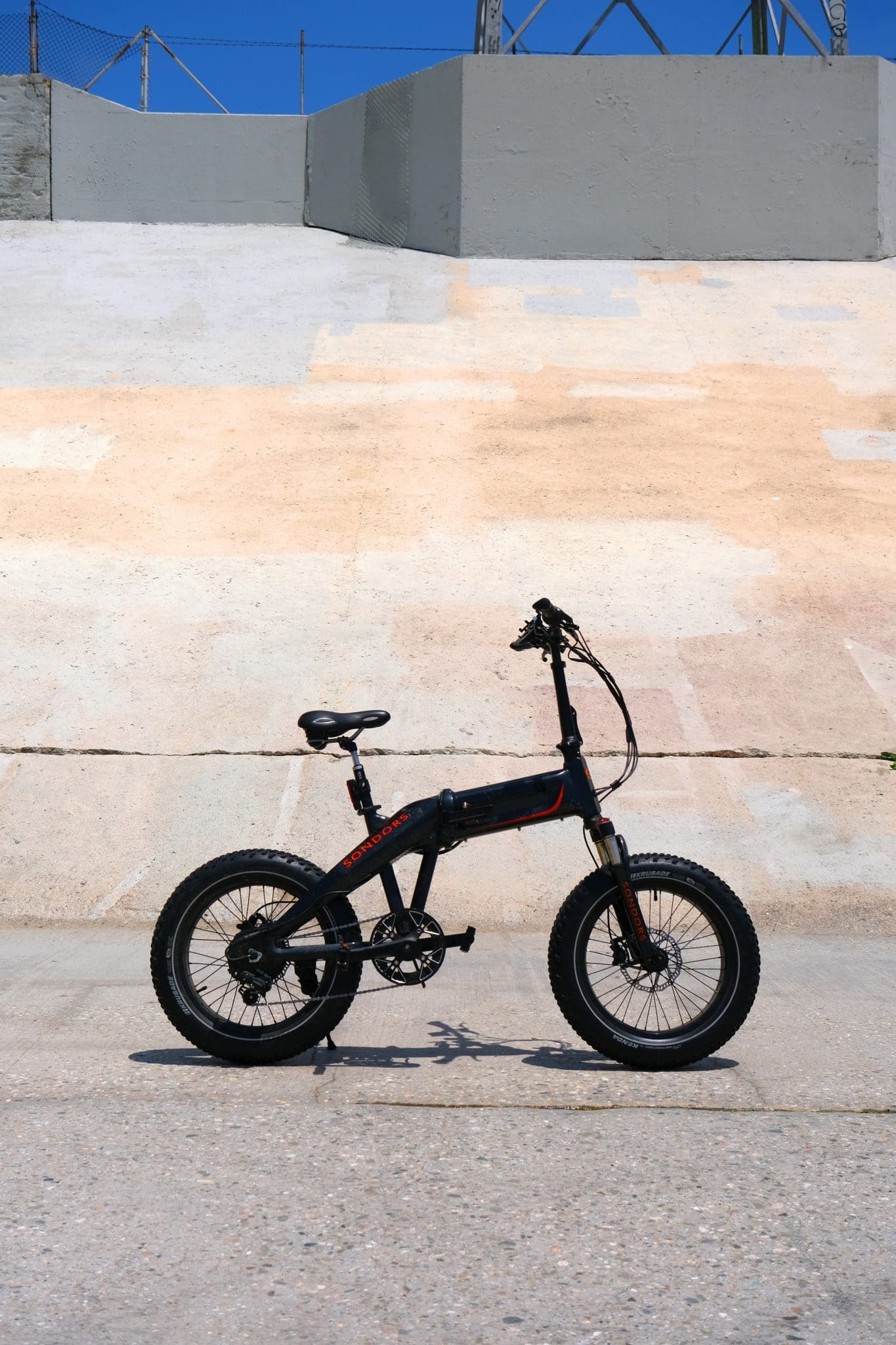 Commuter bikes are essential in the electric biking world - since many e-bikes are designed for this specific purpose. Commuting with an electric bike is super efficient: you don’t have to stroll the streets for parking, the costs are significantly lower than paying for gas.

So, the best commuter bikes from these two companies - the Juiced Bikes’ CrossCurrent X and the Rad Power’s RadMission 1. Thankfully, both of these bikes come in a variety of colors to choose from, so you can pick one that looks more elegant, or a bold color that stands out in a crowd.

The bikes pack a different battery, though - the CrossCurrent X packs a 52V, 19.2Ah battery with an astonishing range of 80+ miles. On the other hand, the RadMission 1 packs a 48V, 10.5Ah battery, which offers a smaller range of 45+ miles, so it offers around half the range of its counterpart.

To conclude, CrossCurrent X takes the lead in the commuter category of electric bikes. Howver, the X costs more than double the price of the RadMission bike, so it’s only expected that it goes over the top specs-wise.

Cargo bikes are usually bought due to a certain need, rather than anything else. Cargo bikes are commonly used as delivery vehicles since they are more convenient than cars. Bikes are less affected by rush hour, and electric bikes cost less power-wise!

So, it’s only natural that both Juiced Bikes and Rad Power created a vehicle for this exact need. These bikes between themselves are pretty different, despite their shared purpose. The first thing that comes to mind is the price, as the HyperScorpion costs almost a thousand dollars more.

As for the battery, this is also a place where the two bikes are different, as well. A 48V battery is a classic for Rad Power’s vehicles, as is the 52V for the Juiced Bikes. However, the HyperScoprion packs 19.2Ah, which enables its 70+ mile range. The RadWagon 4 packs 14Ah, which results in it having a 45+ mile range, significantly lower than the HyperScorpion Express.

The HyperScoprion packs an extra speed in its gears, thanks to its Shimano 8 Speed Freewheel transmission. So, the RadWagon has 7 speeds in its Shimano thumb shifter.

The general feeling is that both cargo e-bikes have a lot to bring to the table. The HyperScorpion Express is more powerful and it has a better range, but it’s a very expensive bike. If your main goal is to find an affordable cargo electric bike, you won’t make a mistake by investing in the RadWagon 4.

Fat tire bikes are all the rage for going on off-road adventures, be that electric or fossil-fueled bikes. Fat tire bikes offer a more comfortable ride, and they are suitable for all kinds of terrain. For adventure types, the only bike that will suffice is a fat tire electric bike!

The best picks from these two companies are the Juiced Bikes’ RipCurrent S and the Rad Power’s RadRover 5 electric bike. The RipCurrent S comes in a variety of colors - red, black, and silver. What we liked about the RadRover 5 is that it comes in two colors - black and green, so you can choose between an elegant and a color that makes you stand out.

When were talking about the battery, this is where these two are the same as their cargo counterparts. The RipCurrent S has a 70+ mile range thanks to its 19.2Ah battery, and the RadRover 5 has 45+ miles - way less because of the 14Ah battery.

The transmission on the RipCurrent S is a Shimano 9 Speed Cassette Drivetrain, which is the reason why it has 9 gears. The RadRover 5 has 7 speeds thanks to its Shimano SL-TX50-7R thumb shifter transmission.

Naturally, the higher price of the RipCurrent S means that it packs more power than its counterpart. However, that doesn’t make the RadRover 5 a poor choice for an e-bike, just a more budget-friendly one. 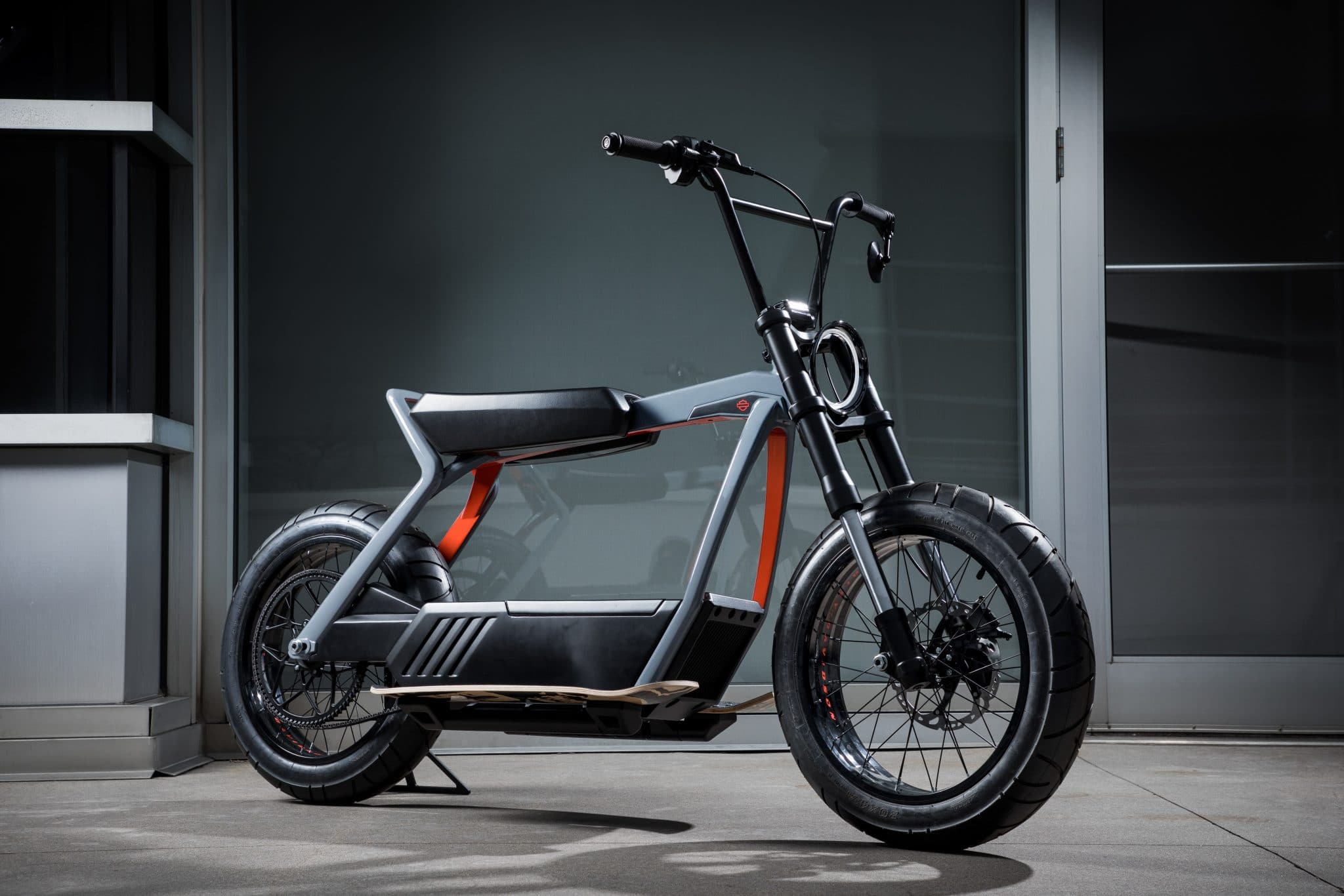 To conclude, we can say that both Juiced Bikes and Rad Power offer fantastic bikes. We’ve thoroughly reviewed and compared their top picks in four categories.

The general feeling is that Juiced Bikes make more powerful bikes with better specs. On the other hand, we must take into account the price, because Juiced Bikes are usually more expensive - with some models costing double the money.

So, if you are looking for the best value for money, you will find that Rad Power suits your needs perfectly. If you need your bike to be a little over the average, Juiced Bikes offer the bike best suited for your needs!